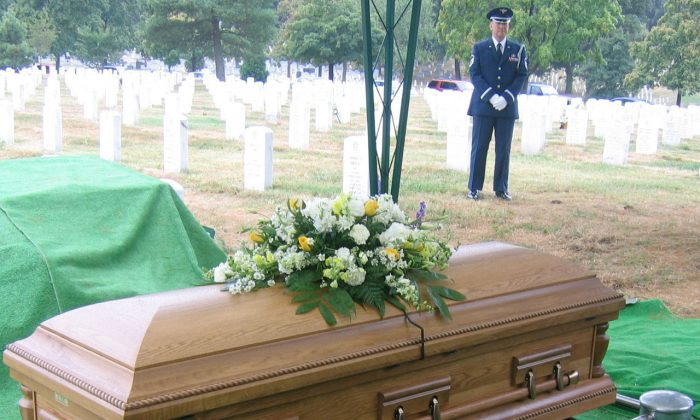 NEW YORK—State officials in New York are investigating after a Bronx funeral home produced the wrong body for an 81-year-old woman’s viewing and subsequent cremation.

McDonald’s family noticed something was off with her appearance during her open-casket viewing in December but rationalized the difference because she had succumbed to a long bout with cancer.

“Why did they cut off all her hair?” son Errol McDonald remembers thinking. “Maybe it’s the cancer.”

“We all did a double-take,” said Richard McDonald, another son. “We thought something happened, and this is the best they could do.”

While the adults conceded that it was plausible there could be difference, two of McDonald’s more than 20 grandchildren, however, weren’t convinced. “My 10-year-old son said, ‘Daddy, that’s not Grandma,'” Errol McDonald said.

“You’re in a funeral parlor,” third son Darryl McDonald said. “There is just no way that’s not my mother. You would never think that.”

The family said it wasn’t until the funeral home came clean six days later that their fears were validated and one of her sons claimed her remains.

Darryl McDonald said McCall’s didn’t realize their mistake until it came time to find the other woman.

The owner of the funeral home declined to comment on this case but said they’ve had a stellar record over 50 years in business.