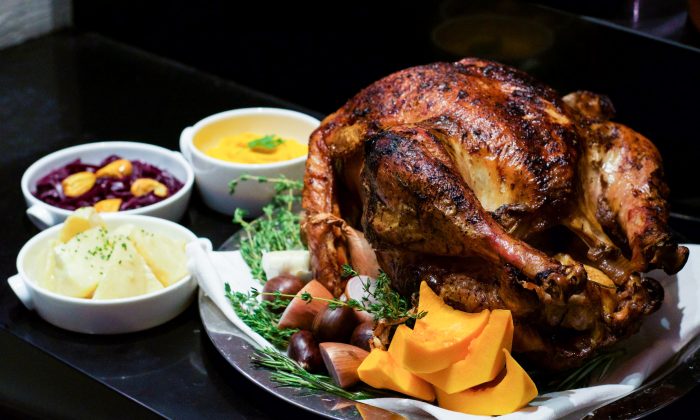 Thanksgiving’s Carbon Footprint Is Smallest in These States

The environmental impact of your Thanksgiving dinner depends on the state where you prepare the meal.

Researchers calculated the carbon footprint of a typical Thanksgiving feast—roasted turkey stuffed with sausage and apples, green bean casserole, and pumpkin pie—for each state. The team based their calculations on how the meal is cooked (gas versus electric range), the specific state’s predominant power source, and how each area produces food.

They found that dinners cooked in Maine and Vermont, states that rely mostly on hydropower, emit the lowest amounts of carbon dioxide, a greenhouse gas that is tied to climate change. States that use coal power, such as Wyoming, West Virginia, and Kentucky, have the highest carbon dioxide emissions.

9 Ways to Simplify the Holidays This Year

“Food production—how the food is grown or raised—and meal preparation—how the food is cooked—both contribute to the carbon footprint,” says Paul Fischbeck, professor of social and decisions sciences in Carnegie Mellon University’s Dietrich College of Humanities and Social Sciences.

We broke our dinner down into its separate dishes, and then broke those down into the individual ingredients. For each ingredient, we tracked its carbon emissions from ‘farm-to-fork.’ Production and preparation both contribute about 50 pounds of carbon dioxide, but it varies from state to state and house to house.”

Quick and Easy Theme Decorating for the Holidays

Further examination showed high variability among similar stove types in different states. For example, cooking a 16-pound turkey in an electric oven in coal-dependent Wyoming emits 32 pounds of carbon dioxide. In Maine, cooking the same turkey in the same oven but with electricity generated primarily from hydropower releases less than three pounds of carbon dioxide.

Generally, using gas ranges to cook leaves a smaller footprint than electric ranges, but the team found that does not hold true for 11 states whose primary sources for electricity are renewables and nuclear power.

Traveling to celebrate Thanksgiving only worsens the problem.

“Bringing relatives into town can easily double the carbon footprint of the meal,” says Orchi Banerjee, a sophomore majoring in decision science. “American cars emit close to a pound of carbon dioxide per mile traveled. If your guests collectively drive more than 180 miles round trip, it may help the environment if they stayed home and cooked their own meal.”

Flying is a completely different story. Four people who fly 600 miles round trip have a carbon footprint ten times that of an average prepared Thanksgiving meal before they even sit down at the table.

Fischbeck notes that this does not mean he thinks everyone should stay at home or shouldn’t enjoy a home-cooked meal.

“It is important to keep things in perspective. Yes, the carbon footprint of Thanksgiving is larger than an average meal, but compared to all the environmental lifestyle decisions that American family could make, these are very, very small potatoes,” advises Fischbeck.

“So, eat in moderation, spend time with your friends and family, and travel safely, but whatever you do, don’t replace your turkey with roast beef. That could easily double the footprint of your feast,” Fischbeck says.