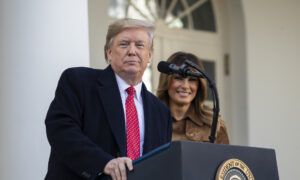 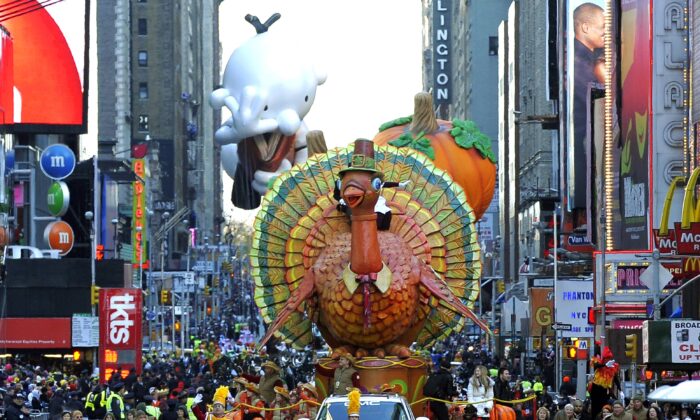 Thanksgiving is the quintessential American holiday, fusing the secular and the sacred—the synthesis of the Greco-Roman and Judeo-Christian worldviews that has shaped our national identity.

Our celebration of a Day of Thanksgiving underscores both our commonality, as citizens of one republic, and our diversity, as people holding different religious beliefs.

The Thanksgiving holiday provides an opportunity to pause and take a refreshing break from the rushed bustle of our daily lives and the cacophonous political discord emanating out of Washington.

Thanksgiving invites us to reflect upon what is good in our lives—the part of the glass that is full, rather than the part that seems empty. Although each of us goes through trials and has our periods of sadness and grief, overall, we have a lot to be grateful for.

While the most important blessings for us to acknowledge are things that can’t be bought and sold (our loved ones, a sense of God’s caring, the blessings of living in a free country, etc.), it’s worth taking a few moments to appreciate our material affluence. It’s easy (far too easy, I would say) to take our unprecedented affluence for granted.

How many Americans even know that as recently as 1907, the average life expectancy for an American was 47 years and only 14 percent of homes had an indoor bathtub?

When we stop to think about how far we’ve come in just a few generations, we can be filled with a sense of wonder. For example, think of how easily we move from point A to point B these days, compared to the horse-drawn carriages of the 19th century.

We sit in climate-controlled comfort on comfortable cushions as we effortlessly cruise down (mostly) smooth highways at 70 miles per hour (or more). With a few taps or oral commands, we can listen to the world’s best and most popular musicians perform for us. We don’t have to worry about getting lost, because a tiny GPS device is receiving directions from satellites orbiting high above the Earth.

And there’s so much more: We can fly across the country or the ocean in mere hours, watching movies or playing games on tablets. Want to read a new book, but don’t want to make a trip to a bookstore? Just download it in seconds, or, if you prefer a physical book, order it online and it will be delivered to your chosen address in a day or two. Queen Victoria and all the other monarchs from just a few generations ago never had it so good. Indeed, they would be astonished and perhaps envious of us.

Stop to consider, for a moment, how many people you will never see or meet have helped to make your Thanksgiving feast possible.

Your holiday dinner is a miracle of cooperation involving thousands of people participating in the social division of labor. Somebody raised your turkey. Other individuals prepared it, packed it, and then transported it to wherever you bought it. The vehicles that transported the turkey were designed by engineers, built by human labor in conjunction with machines and computers conceived, and designed, built, marketed, distributed, et cetera, by innumerable more individuals. Those vehicles kept the turkey refrigerated—a vital contribution made possible by countless more individuals. They traveled on roads, over bridges, and through tunnels engineered and built by countless other individuals. Those vehicles ran on fuel discovered, extracted, transported, refined, and distributed by another veritable army of people.

Just think: You hired who-knows-how-many thousands of workers for—what, maybe $50?—to buy a fairly big turkey for your Thanksgiving dinner. And let’s not overlook all the people whose labor put an oven in your home so you can cook your turkey.

Thank you, every one of you! And thanks for this marvelous division of labor, which has become increasingly specialized over the past two or three centuries, resulting in an explosion of productivity, many improvements in quality, and higher and higher standards of living for an ever-increasing number of people.

In the words of the great economist Joseph Schumpeter, “The capitalist achievement does not typically consist in providing more silk stockings for queens, but in bringing them within the reach of factory girls in return for steadily decreasing amounts of effort.”

That’s a brilliantly accurate assessment of capitalism. It takes many fewer hours of labor today to buy an ever-wider range of consumer products than it did just a generation ago. Even millions of relatively poor Americans have a cell phone that contains multiples of the computing power that NASA had available for putting men on the moon 50 years ago.

And who provides us with the many consumer goods that have enriched our lives? Profit-seeking corporations and entrepreneurs—so unappreciated and even hated by people on the left—have lifted more human beings out of poverty than all churches, charities, and governments combined. And the ones that have delivered the most value to the most people have become billionaires by creating even more billions of value for our fellow man.

On Thanksgiving, let’s give a hearty shout-out of gratitude for these economic benefactors. Ingrates and the economically ignorant perversely may want to render it “impossible” to become a billionaire, but I see no just reason to persecute those who excel at delivering wealth to their fellow man. Just from a common-sense standpoint, it makes no sense to limit how much good entrepreneurs may do for their fellow man.

As Americans, we owe a special debt of gratitude to the founders of our republic for devising a political system that limited government power and protected individual rights. Never before were people freer to worship, work, create, discover, and say and think what they wanted.

In this rich environment of unprecedented freedom, the material progress of humankind flourished as never before. And what was it that inspired our founders to give us the great gift of liberty? It was the Holy Bible that gave the founders a glimpse or two of the boundless love that God has for humankind—a love that could best be honored by showing love to each other, by respecting each other’s God-given rights, and by cooperating peacefully to build a free and prosperous society.