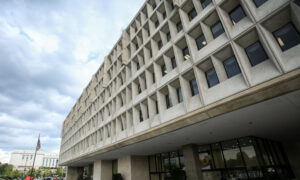 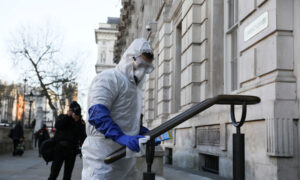 Thank the CCP? Listen to the voice of the people

On the evening of Mar. 6, more than 40 days after Wuhan was closed, Wang Zhonglin, secretary of the Wuhan municipal committee of the CCP, said at the video dispatch meeting of the epidemic prevention and control headquarters that “gratitude education” would be carried out for citizens in the city. “Grateful to the general secretary, grateful to the Communist Party, listen to the Party’s words, go with the Party… The ludicrous demand sparked a backlash online and the CCP’s official media was forced to take down the story. Let’s listen to the voice of Wuhan residents.

Journalist: why did he say that?

Mr. Hu: He saw Wuhan residents shouting “fake, fake,” causing trouble to his work. He may have discontent. Mean person’s consciousness. Give him advice is “fake”, he felt uncomfortable, so he asks others to accept gratitude education. Gratitude is voluntary. Gratitude is not out of education. It should be the bureaucrats accepting the re-education of the general public.

Journalist: Wang Zhonglin said that the people of Wuhan are not only heroic people, but also people who are grateful. What do you think?

Mr. Jiang: People have no reason to be grateful to the CCP. They all know that I fight against the CCP. The fact is those who have money say good things about the CCP, but they don’t necessarily believe it. Our captain, who was sentenced to ten years in prison in 1983, hates the CCP, yet he says the CCP is good, isn’t that a lie? During the “Cracking down on criminal activities” in 1983, a lot of people were shot to make up the quota. There was a quota of people to be sentenced. During that time, my elementary school classmate was sentenced to ten years imprisonment, and two of my high school classmates were shot. Our captain was said to belong to a gang of thugs, but he was just a young man fighting. He said he is anti-communist. (Journalist: Why does he praise the CCP then?) Now that he is a (community) captain, he earns a few hundred yuan more a month. People are of different minds but dare not speak their minds.

Journalist: What about the idea of gratitude?

Mr. Jiang: I think he is lying. Very few people are confused about the essence of the CCP these days. Most people understand what it is, especially after the political campaigns created by Mao Zedong.

Journalist: why ask people to thank the CCP?

Mr. Xin: That speech is already off the shelf today. Error 404. (The webpage displays invalid). It has been 47 days of misery locked up at home. Now all of a sudden, we have to thank the government and the party. We spend our own money. We quarantine ourselves. We buy our food and rice at high prices. We try to live as best we can. The government did not provide a pennyworth of free things. Most of our community is not provided for by the government. I don’t even know any community staff. They never came to visit. Gratitude is voluntary. (If) you’re doing a good job, we’ll happily volunteer our gratitude. But you didn’t bring any relief from the pain. The whole country donated materials to Wuhan, but the people got none of it. Free goods and materials are in their hands for distribution, but they sell to people at high prices, let alone purchase restrictions. Where does the idea of gratitude come from?

Journalist: The food in the market is very cheap. Why is it so expensive at your place?

Mr. Xin: The government allowed it. We have a community market here. The price of lettuce is a few dimes per jin ($0.14 per 1.1 lbs) yet it sells at more than 5 yuan per jin ($0.70 per 1.1 lbs). The community cadres, people with the power don’t need to buy with their own money. Normally pork is 45 yuan per jin, but they pay only 25 yuan per jin, the cost price. This is the benefit. Those who can sell vegetables in the community have to be those with privilege.

The day before yesterday, I shot a 24 second video, loudly asking the leaders when the free supplies will be delivered. As a result, fire soldiers, namely the armed police of Hubei Province were transferred here yesterday afternoon to maintain stability. Instead of solving the problem, they came to “solve” the questioner.

Journalist: The people are forced to this extent.

Mr Xin: Today I saw a news item that Wuhan is looking for a “no epidemic communities”. If a community is free of epidemic cases, it will be rewarded 200 thousand ($28,642). 200 thousand is a lot of money. Each person can get more than ten thousand. Volunteers or lower cadres cannot get it. Only the community cadres can get it. The leaders want prestige, and the community level staff have to deliver results to receive the reward. Benefits are money. Prestige is the image of the government. If the community has no virus cases, the leaders will reward them 200 thousand. There’s already an announcement published.

Journalist: How can they make sure that there is no epidemic?

Mr. Xin: The government can call the shots. It forced people to go home while not enabling people to live. No supplies, no money.

Journalist: Will such community cause greater concealment and bad result?

Mr. Xin: There’s bound to be. It’s only a matter of time. We common people only with God’s grace survive day to day.

The SARS virus listened to the leaders, and so does the Wuhan pneumonia now. It can be eliminated whenever they order it to, and the people are the meat on the chopping board, to be chopped at their will.