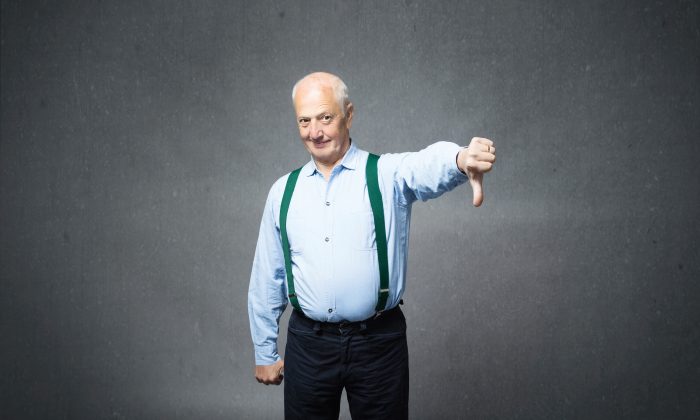 Facebook CEO Mark Zuckerberg recently announced that the company is finally working on a much-desired feature: a “dislike” button. According to Zuckerberg, this feature has long been one of those most-requested by the Facebook audience. Although his comments suggest that the new button more likely will express sympathy or empathy, rather than simple dislike, Facebook users have nevertheless greeted the announcement with enthusiasm.

But, after so many years of audience lobbying and corporate resistance? One explanation could be the changing profile of the site’s users. Facebook is increasingly a technology used by mature adults, not vulnerable teens, which is why Facebook is introducing the button now.

A Dislike Button as Too Negative

While Facebook users have expressed a desire for a “dislike” button for many years, the company resisted its development because it did not want to, in Zuckerberg’s words, “turn Facebook into a forum where people are voting up or down on people’s posts.” As he explains:

You don’t want to go through the process of sharing some moment that’s important to you … and then have someone down-vote it. That isn’t what we’re here to build in the world.

In other words, Facebook tried to keep its community positive; it did not want to invite the type of engagement that sites like Reddit thrive on—up voting, down voting posts off the page, trolling, and pointed criticism. By limiting users’s ability to express negative emotions with a single click, Facebook tried to create a space that was emotionally safe—an important consideration when many users were teenagers whose parents were concerned with issues like cyberbullying.

This continues to be a concern of users who aren’t clear on the nuances of the emotion the new button will express.

Furthermore, by avoiding the “dislike” option, Facebook created an environment that is appealing to advertisers, who would not want to see their brands down voted.

And the “like” button plays an important role in the economics of Facebook. Users’s decision to “like” brands, products, artists, and other items serves as a valuable piece of information that Facebook is able to sell to advertisers, and it’s unclear how the information generated by a “dislike” button will be used.

However, as Facebook’s users, and their activities, have changed, the calculation behind the “dislike” button has evolved.

When Facebook got its start in 2004 as a network for Harvard students, virtually all its users were in the 18- to 22-year-old range. After it expanded to high school students in 2005, the social media site’s demographics skewed even younger.

However, once Facebook opened up to everyone with an Internet connection in 2006, older users began to move onto the platform. Today, large majorities of older online adults are on Facebook, and there is evidence that younger users are jumping ship.

Data from from the Pew Research Center illustrate this. Across all Internet users, Facebook is, by a wide margin, the most popular social networking platform; it attracts over one billion hits a day. However, older users favor Facebook by a wider margin than younger users: 61.9 percent of Facebook users are now over the age of 25.

In addition, recent research from investment bank Piper Jaffray and from Daniel Miller, a researcher at University College London, has shown that young teenagers are abandoning Facebook in large numbers. As parents and grandparents have moved onto Facebook, teens and young people have begun to move off, transferring their social media activities to Instagram and Snapchat.

As a result of this migration, Facebook news feeds have changed; instead of pictures of parties, there are pictures of babies. Instead of sharing high school gossip, users are sharing the latest on the Trump presidential bid.

As demographic shifts among Facebook users have taken root, the company has begun to focus on areas that are of greater interest to more mature users—in particular: news.

We know from years of research by organizations like the American Press Institute that, across all news categories, older audiences are more interested in the news than younger ones. Facebook’s prominence as a news portal can be understood as a consequence of the growing number of older users.

Facebook users share what interests them. For older adults, that is often the news of the day, and Facebook has begun to embrace its role in the news business. The recently launched Instant Article function is an example of the company’s new focus on itself as a news source and portal.

So, Why the ‘Dislike’ Button?

Facebook is not what it was a decade ago. Instead of vulnerable teens, its user base largely comprises adults. And with the increased tendency of these users to share news, the ability to express something other than “liking” has become more pronounced. As Zuckerberg notes:

The development of a “dislike” button—in whatever empathetic format Facebook eventually releases—can thus be seen as an acknowledgment that the site has changed. It’s become, in part, a forum in which grown adults discuss adult issues. A new form of expression is necessary to support this changed reality.

Felicity Duncan is an assistant professor of digital communication and social media at Cabrini College. This article was previously published on TheConversation.com