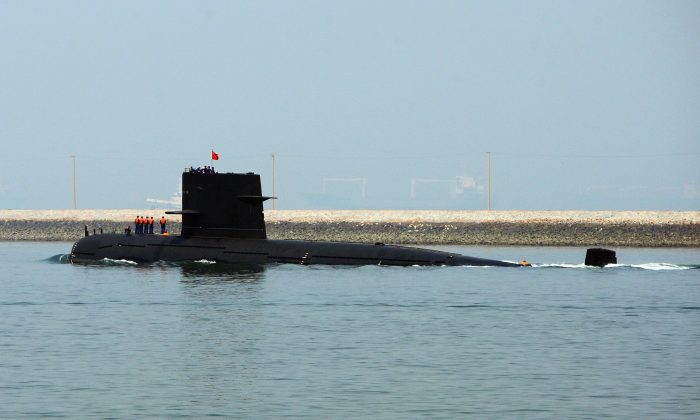 Thailand’s government will look at “other options” if its plan to acquire a submarine from China fails because of Germany’s refusal to supply an engine for it, according to Thailand’s navy chief of staff.

The construction of the submarine stalled after China Shipbuilding and Offshore International Co. (CSOC), a Chinese state-owned submarine developer, was unable to obtain a German-made diesel engine.

Thai Navy Chief of Staff Adm. Tharoengsak Sirisawat said on April 8 that CSOC has until the end of this month to resolve the issue and that Thailand will make a decision once the negotiations are completed.

“The navy will consider any proposals first, but we also already have in mind some other options,” Tharoengsak said, according to Bangkok Post.

While CSOC had proposed changing the contract to use Chinese-made engines, Thailand insisted on receiving a submarine with a German-made engine as specified in the original contract. Tharoengsak declined to comment on the proposal.

Thailand Prime Minister Prayut Chan-o-cha, who’s also the country’s minister of defense, said on April 4 that the deal could be terminated if the Chinese company fails to fulfill the agreement.

“What do we do with a submarine with no engine? Why should we purchase it? If the agreement can’t be fulfilled, we have to figure out what to do,” Prayut said, noting that canceling the deal will have no impact on Thai–Chinese relations.

Germany’s Motor and Turbine Union (MTU) company has refused to supply the engine because of the European Union arms embargo against the regime in Beijing, which was imposed after the Tiananmen Square massacre in 1989.

The German Embassy in Thailand stated in February that China didn’t consult with Germany before signing the contract with Thailand, which includes German MTU engines as part of its product.

“Germany did not refuse the export of the engine because of the product being for Thailand as a third country. The export was refused because of its use for a Chinese military [or] defense industry item,” the embassy said in a statement carried by Bangkok Post.

Thailand later agreed to accept China’s offer to buy three submarines worth 36 billion baht ($1.07 billion), with payments to be made in 11 annual installments. But the two additional subs were shelved for four years because of the COVID-19 pandemic.