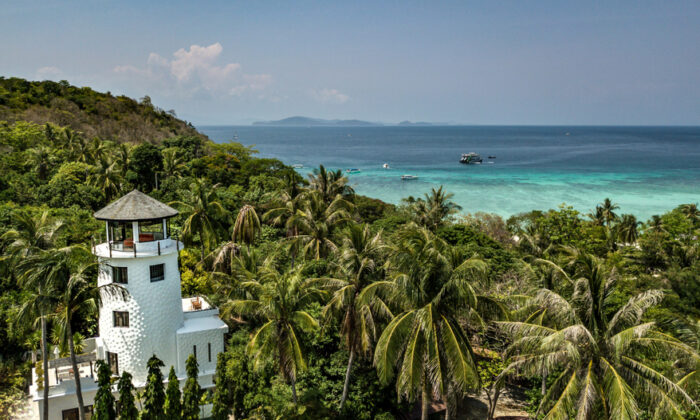 Lush vegetation and turquoise waters make for a beautiful backdrop at The Racha. (fivetonine/Shutterstock)
Asia & Pacific

Thailand’s Interior Ministry said on Friday that it would draft regulations to allow eligible foreigners to buy land as the government seeks to stimulate the country’s economy and foreign investment.

Thanakorn said the scheme would allow foreigners to buy up to 1 rai of land (about 0.4 acres), including some tax incentives and a 10-year visa, which is aimed at skilled professionals and pensioners.

The scheme, which will be reviewed after five years, is expected to contribute one trillion baht (around $27 billion) to Thailand’s economy and increase investment by 800 billion baht ($21.8 billion), he added.

However, the scheme was met with ambivalent responses from local organizations, who worry that it could result in foreigners taking up more land in Thailand.

“As a lot of Thai people still own no land, why should we allow foreign investors to take more of the country’s land?” said Pornpana Kuaycharoen, founder of Land Watch Thai, according to Thaiger.

Sanan Angubolkul, chairman of the Thai Chamber of Commerce, said the government should impose additional requirements for foreigners to buy land, such as allowing land purchases only in designated zones.

“Foreigners with the privilege must purchase first-hand land and property only and resell it to Thai nationals only, and purchases must be made in designated zones,” Sanan said.

Under current legislation, foreigners are only allowed to own at most 49 percent of a condominium building and rent land in Thailand. Malaysia is the only Southeast Asian nation that offers land ownership to foreigners.