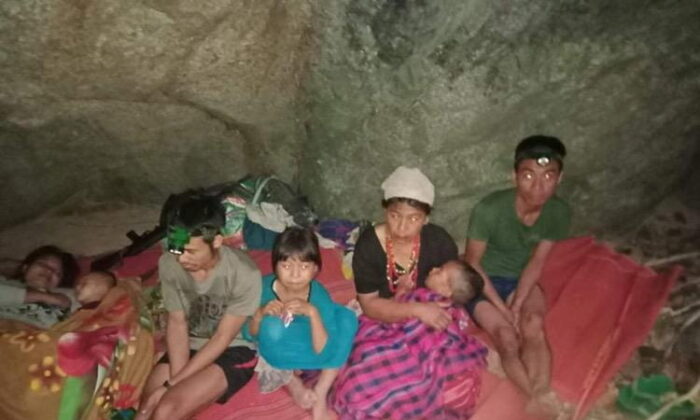 The Royal Thai Airforce said the Burmese military aircraft did not breach Thailand’s airspace, following reports of the military junta launching airstrikes on a rebel-controlled region near the Thai border last week.

The military regime ousted a civilian government led by Nobel laureate Aung San Suu Kyi in a February coup, sparking protests and clashes between the army and ethnic minority insurgents such as the Karen National Union (KNU), in border areas of Burma, also known as Myanmar.

Armed conflicts between the KNU and the military regime had recently escalated, prompting thousands of villagers to flee and seek shelter in Thailand. About 3,400 people sought shelter in Thailand last week, with thousands more stranded on Burma’s border, Thai authorities said.

The KNU alleged that the military launched two airstrikes and fired artillery rounds on an area controlled by the KNU near the Thai border, calling for the international community to establish a “no-fly zone” along the Thai border to ensure the safety of the civilians.

“These airstrikes won’t target military bases but civilian bases as in schools, hospitals, houses, and villages,” the head of the KNU’s foreign affairs department, Saw Taw Nee, said on Dec. 24.

ACM Napadej Dhuphtemiya, commander of the Royal Thai Airforce, confirmed that movements of military aircraft were detected near the Thai-Burma border, but added that the military aircraft did not cross the border.

When asked if Thailand would issue a warning to Burma due to the military aircraft spotted near its border, Napadej said the airforce would protect Thailand’s airspace, but it wouldn’t engage in actions that could provoke the military regime in Burma.

The conflict in Burma, according to Napadej, “had nothing to do with Thailand,” and that it would be best for Thailand not to get involved, reported state media Bangkok Post.

On Dec. 16, Thailand’s authorities reported that an artillery shell landed on the Thai side of the border during a clash between the army and the KNU, which prompted the Thai military to fire “two smoke bullets” into Burma as a “warning shot.”

However, Thailand stated that the warning shot was not intended to provoke the military regime in Burma.

The United Nations Security Council issued a statement last month expressing “deep concern” over the recent violence across Burma and called for an immediate cessation of violence to ensure the safety of civilians.

The U.N. High Commissioner for Human Rights (OHCHR) also issued a statement on Dec. 10 that Gen. Min Aung Hlaing’s forces had “repeatedly failed to respect their obligations under international law” as more than 1,300 people have been killed, and 10,600 detained in Burma since the military seized power in February.

“In recent weeks, we have received multiple reports of villages being burned, including protected structures such as places of religious worship, and residential buildings,” OHCHR stated, calling for a “unified and resolute international response” to restore the country’s democracy.