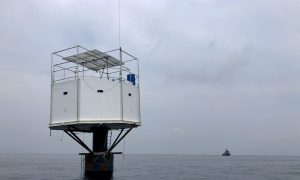 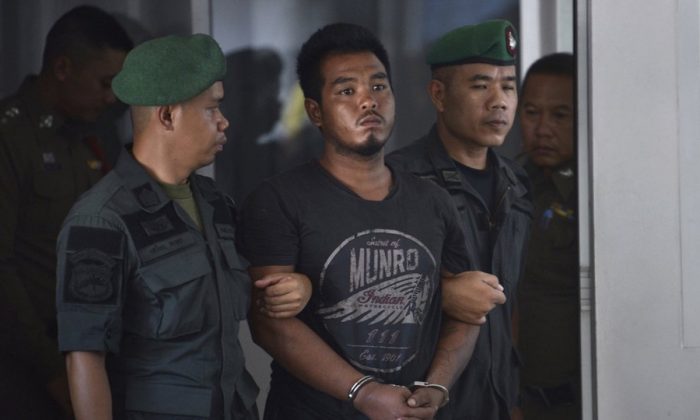 A Thai man has been sentenced to the death penalty for the rape and murder of a German tourist at Koh Si Chang Island in the Gulf of Thailand, police said.

Ronnakorn Romruen, 23, attacked Miriam Beelte, 27, while she was visiting a historic stone monument on a rental motorbike on April 7, reported the Associated Press.

Romruen, a garbage collector, raped Beelte then smashed her head with a rock to prevent her from reporting the crime. He then hid her body under leaves on an isolated hillside.

“The suspect feared that she would notify the police so he used a rock to hit her on the temple and face,” said police spokesman Krissana Pattanacharoen, according to the Agence France-Presse (AFP).

Beelte’s body was found by locals later that day. Her face and skull had been “badly beaten” and her legs also had injuries, Pattanacharoen said in a statement, reported AFP.

Romruen was also arrested that day after a Thai tourist saw him walking around wearing clothes covered in blood, AP reported at the time.

Following his arrest, Romruen confessed to the rape and murder and also admitted he had been under the influence of drugs during the attack, reported the Daily Mail.

The man also told police that he had approached Beelte but she rejected his advances. That’s when he followed her, eventually raping and killing her after she tried to run away.

After Romruen confessed to the crime, about 40 police officers escorted him to the crime scene to perform the re-enactment, reported the Thaiger, a local media.

Beelte’s Facebook page shows that she is from Hildesheim, Germany.  Most of the pictures on her timeline show her surfing or relaxing on a beach.

”Ronnakorn Romruen was guilty of raping (14 years in jail), murdering to conceal the crime (death penalty), drug-taking and driving (eight months in jail), concealing the death of a person (one year in jail),” said the judgment, according to the Daily Mail.

He was sentenced to death by the Chonburi Provincial Court and has one month to appeal the verdict.

According to multiple media sources, the court said since he had confessed to the crime his sentence for several of the charges were reduced, the news outlet reported.

”But the overall crime is so severe that of the defendant deserves to die and the punishment of the death penalty will stay in place for the charge of murdering to conceal a crime for which there is no mitigation,” said the Chonburi Provincial Court.

Romruen’s mother had said she was supportive of the death penalty for her son and apologized to Beelte’s family for hsi crime.

“I deeply apologise to the girl’s family on behalf of my son. I never thought that he could do anything like this. He deserves the full lawful punishment and I am willing to accept the judge’s decision,” Nongluck Phosang, 43, said, according to the Daily Mail.

“He is a quiet guy who doesn’t talk much. He likes to stay alone at home watching TV and listening to music, just like most of the guys,” Phosang said.

“My son and I didn’t live together, so I didn’t know much about what he usually did in the day. I only knew that he worked on a boat and collected rubbish from the beaches.”