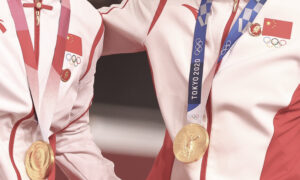 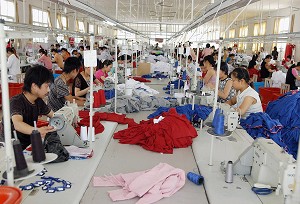 BEIJING/HONG KONG – China, the world&#039s biggest cotton consumer, may not need quite as much of the commodity as expected if trade rows result in lower textile exports to the United States and European Union.

China has been the world&#039s top buyer of U.S. cotton, and its 2005/2006 imports are expected to reach 3.2 million tonnes — the largest imports by any single country ever — as its own crop shrinks and textile exports rise.

But traders and industry officials said the textile spat would inevitably limit the growth in Chinese cotton consumption and its need for cotton imports, though the effect could not yet be quantified.

The U.S. Commerce Department said on Thursday it would invoke an emergency World Trade Organization provision to restrict imports of Chinese-made bras and some synthetic filament fabric after failing to reach a comprehensive textile trade agreement with China.

But it delayed a decision on curbing imports of sweaters, robes, wool trousers and knit fabric until Oct. 1, or a little more than one month.

Some traders said inventories were already building up at some cotton mills in China following the dispute, which left a pile-up of more than 80 million made-in-China bras, blouses and sweaters at EU customs posts.

“I do hear some of the mills have higher inventories than before. Usually they have inventories for a month. Right now they have two months&#039 worth,” said a senior cotton trader in China.

“If exports are to slow down, cotton consumption will need to come down and so will cotton imports. It&#039s pretty automatic.”

The industry officials said China&#039s cotton demand could be further affected as buyers shifted to non-Chinese suppliers for fear of possible limits in future.

United States is the largest exporter of cotton to China, with 2004 exports accounting more than half of China&#039s total import of 1.9 million tonnes.

While repeating the exchange&#039s import forecast of 3.2 million tonnes in the year through August 2006, Shi Jianwei, president of China National Cotton Exchange, said Chinese purchases of U.S. cotton might slow as mills often bought U.S. cotton into the country in return for exports of finished products to the U.S.

Such trade enjoyed favourable tax rates. He did not elaborate.

He told Reuters that Chinese cotton consumption was growing about 10 percent from a year earlier to 8.9 million tonnes in 2005/2006.

The traders said though some mills were still keen to buy more foreign cotton before domestic cotton arrived on the market late in September, they had run out of import quotas. Domestic cotton is dearer.

“Unfortunately, now everyone is short of quotas,” said another trader in Shanghai. “Because China has the new crop coming soon, I don&#039t think for the time being new quotas will be issued.”

The traders said there was some U.S. cotton left in bonded warehouses as U.S. suppliers had shipped large quantities before end-July to cash in on more generous U.S. government help for cargoes leaving the country by that date.

“If you look at ports in China, there&#039s a lot in bonded warehouses, ready for Chinese buyers,” said the first trader. “August arrivals were not a small number.”

Customs data showed monthly Chinese cotton imports had jumped to 294,416 tonnes in July from 206,024 tonnes in June and 160,891 tonnes in May as U.S suppliers speeded up shipment.

Asked about the domestic harvest, the trader, currently in China&#039s top cotton producing province of Xinjiang, said: “The weather here is excellent. If it stays like this for two more weeks, it would make a big impact to the final yields.”