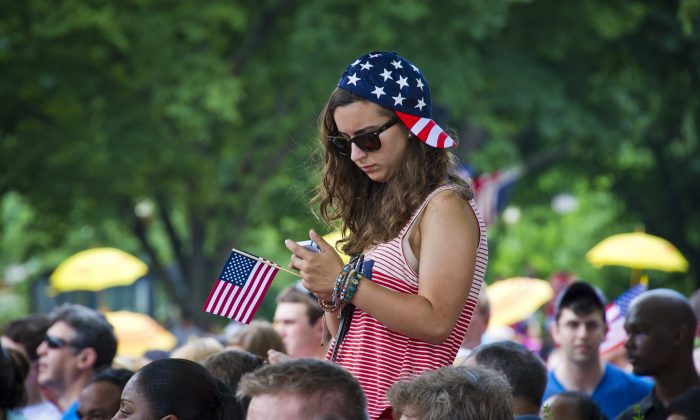 If you think that young people seem to be spending more of their time “face-to-screen” than “face-to-face,” you’re probably right. And a lot of that screen time seems to involve reading or writing English that duznt look quite lyk it shld.

It’s not surprising that many teachers, parents, and young people themselves feel concerned about this constant exposure to nonstandard written English. It seems quite plausible that frequently seeing “to/too” written as “2,” or “people” written as “ppl,” might mean that these kinds of spellings could start to creep into students’ formal writing.

Fortunately, in recent years the research has returned a fairly robust conclusion. Rather than spoiling children’s spelling, exposure to “textisms” (the abbreviated spellings of text messages) is actually associated with better literacy skills. For adults, there seem to be few consistent relationships between usage of textisms and spelling skill.

However, there has been less research on textisms that represent not the re-spelling of individual words, but violations of grammatical conventions. Capitals get ignored, there are no apostrophes in sight, and sentences get separated not by standard punctuation marks, but by ironical laughter lol or expressions of emotion  🙂

If it’s okay to write “im coming, sarah!!!” when texting, how will younger children learn, or older children remember, to use the conventions of grammatical English writing?

Together with my colleagues at Coventry University in the U.K., professor Clare Wood and Ms. Sam Waldron, I looked at young people’s text messaging and grammar over the course of a year. We worked with 243 participants from primary school, high school, and university in the Coventry area.

At our first time point, these young people provided us with copies of all the text messages that they’d sent in the last two days. We analyzed these messages for their violations of standard English grammar. The three most common types of violation were:

Less common but also present were word-level grammatical violations, including apparently deliberate violations such as “is you” and “does they,” and word reductions such as “hafta,” “tryna” for “have to,” “trying to.”

Overall, we found no evidence that the use of grammatical violations in text messages is consistently related to poorer grammatical or spelling skills in school students. Although omitting capitals and punctuation was associated with poorer later spelling in primary school, the other significant relationships were positive. Primary and high school students’ use of ungrammatical word forms (e.g., “does you”), and high school students’ omission of capitals and punctuation, and use of word reductions (e.g., “gonna”) were all associated with better or faster spelling development.

In the university group, the use of word reductions was related to better spelling 12 months later. We did see one negative link: the tendency to omit capitals and punctuation predicted poorer later performance on tasks of spoken and written grammar. However, this tendency seemed to be mostly explained simply by individual differences in general ability level, rather than anything specific about texting.

These results tie in with most previous work on literacy skills and text messaging. In their school years, students are consolidating their knowledge of written language. “Playing around” with language in the informal setting of texting provides the chance to practice alternative ways of linking sounds and letters (“Hey, I could write ‘thanks’ as ‘thanx!'”), an ability which is well known to underlie strong reading and spelling skills.

Further, trying out unconventional ways of combining words (“you is the best”), saving space while maintaining meaning (“I going now”), or adding emotion to a message (“yay!!!  🙂  “) encourages children to engage with the very grammatical conventions that they’re transgressing.

By early adulthood, we see a much more muted relationship between the use of textisms and formal grammatical and spelling skills. We suspect that this is because young adults are no longer so interested in using their linguistic skills to play with written language in the casual format of texting. Instead, their message writing style seems to be shaped by the expectations that they and their friends have about how text messages “should” look, the self-correction functions of their phones, and the desire to include emotional expression in their messages.

In short, the evidence suggests that grammatical violations in the text messages of children, adolescents, and adults do not reflect a decline in grammatical knowledge. Young people seem well aware that different types of communication require different ways of writing. As long as young writers can maintain this awareness, then the violations of grammar common in digital communication need not be perceived as a reduction in writing skill, but rather as the addition of an alternative, casual style to the writer’s repertoire.

Nenagh Kemp is a senior lecturer in the School of Psychology at the University of Tasmania. This article previously published at theconversation.com.