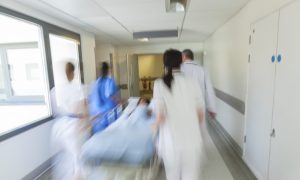 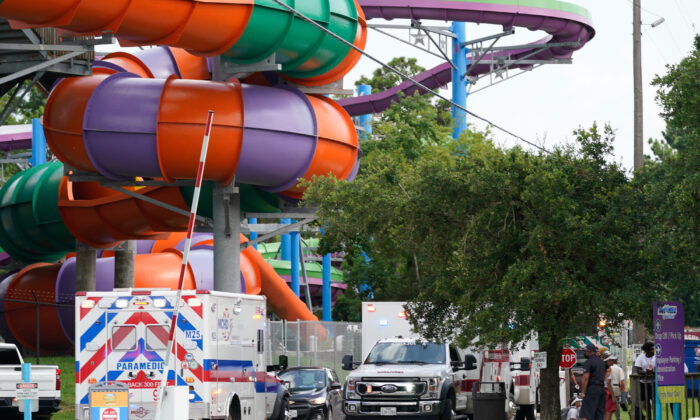 Emergency personnel are shown on scene where people are being treated after chemical leak at Six Flags Hurricane Harbor Splashtown in Spring, Texas, on July 17, 2021. (Melissa Phillip/Houston Chronicle via AP)
Texas

SPRING, Texas—A Texas water park says a chemical exposure that sent dozens of people to hospitals was caused by “improper installation” of a water filtration system.

“We have determined that the vapor release involved a low-level mixture of the pool-sanitizing chemicals which was discharged from the bottom of the pool through the water filtration system,” said Jason Freeman, Six Flags Vice President of Safety. “The vapor was well below any reportable quantity.”

About 30 people were hospitalized as a result, and 200 people have joined a lawsuit against Six Flags, which owns the water park, the Houston Chronicle reported. Those who fell ill complained of headaches, vision problems, nausea, vomiting, dizziness, and sore throats.

Six Flags did not identify the company that installed the system. The park was reopening to the public Thursday.