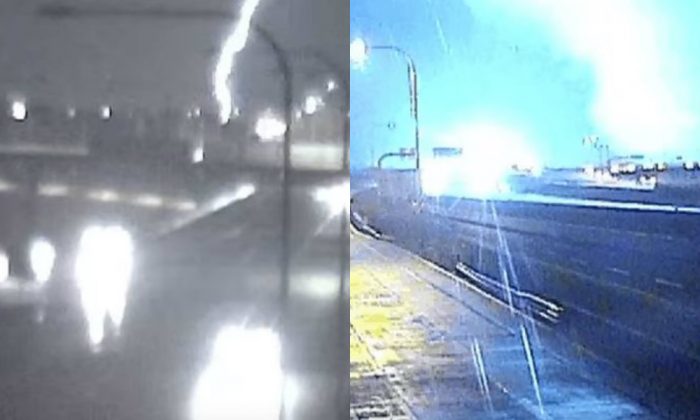 Traffic cameras in Garland, Texas, captured footage of a tornado passing over several highways and even local police are calling it “terrifying.”

The EF-4 twister passed over Interstate 30 in Garland, and it would later go on to kill eight people and injure more.

The new video was compiled from five different cameras at the intersection of I-30 and Bush Turnpike, Weather.com reported. It first shows a flash of the tornado before debris is seen flying past the screen.

The North Texas Tollway Authority withheld the video until an investigation was done into the eight deaths.