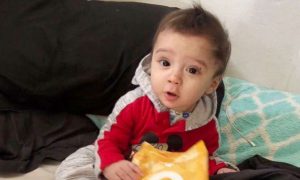 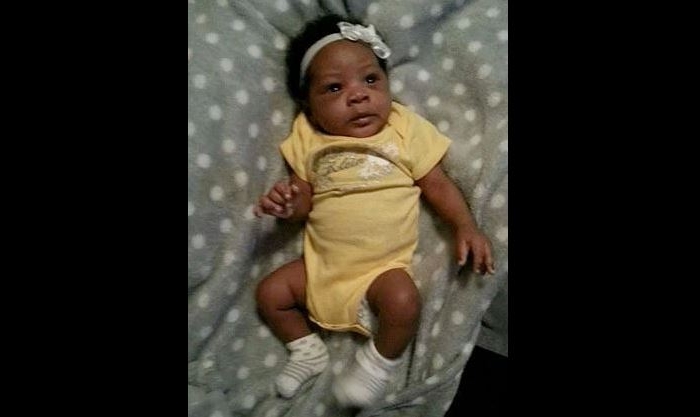 Justice Hull, 2 months old, was killed in 2015 by a 14-year-old girl. That girl was released on parole in January 2019. (Texas Child Protective Services)
Crime and Incidents

A Texas teenager who murdered a baby in her mother’s care in 2015 was released on parole just four years after her conviction.

The girl, who was 14 years old when she drowned the baby, was sentenced to 40 years in prison by District Judge Cheryl Lee Shannon.

As required by law, Shannon reviewed the case shortly before the teen turned 19. She could have sent the teen to adult prison or granted her parole; now, the teen is free but will spend the next 36 years on parole.

Shannon said in the courtroom that she based her decision on a psychiatric report that said the teen felt remorse and shame for killing Justice Hull, who was 2 months old. The report also said that the teen, whose name was not revealed, was ashamed and didn’t want to talk about what she’d done in group therapy, reported the Dallas Morning News.

The Texas Department of Juvenile Justice also recommended parole, but some employees at the department, including the principal of the department’s school, doubted whether the teen truly felt remorse.

Some employees said the girl was being manipulative and only complying with rules to be released.

The teen had planned to kill the baby the night before doing it.

The girl placed the baby’s face in a shallow bowl of water in the bathroom of the family’s apartment. The small child couldn’t lift her face out of the water and drowned.

During the call, she added: “What, it ain’t nothing. All I did was drown the baby.”

Kimberly Mayfield, a detective who led the investigation into the murder, told the court: “I asked her, had she been planning on doing this, and she said she had been thinking about it for a while and decided the day before that she was going to kill Justice that morning.”

The process of deciding where the convicted will be housed or where they will complete their sentence term is up to the judge. This article gives a bit of insight in the discretion involved. https://t.co/yMggPcLBB7 #bsucjc240

The teen’s mother had taken over care of the baby girl from Keshondria Hull, who was separated from her daughter when she was sentenced to 112 days in prison on a probation violation in December 2014.

The teen told investigators she was upset her mother took in Justice, saying the baby was “Just extra.” Asked if she had a message for her mother, the girl said, “She should’ve listened.”

Adults convicted of capital murder are either sentenced to death or life in prison without parole.

#Dallas teen who drowned 'extra' baby she deemed a burden gets parole, not #prison https://t.co/b6lrXoJEkZ #juvenilejustice #texas via @dallasnews

After Keshondria Hull was arrested, Justice was placed in the care of a family friend.

A Child Protective Services spokeswoman told USA Today that the placement was at the request of Keshondria Hull, the called the new guardian “a close family friend” of the Hulls.

Keshondria Hull’s mother, Clarica Hull, said that she’d known the family friend for a long time and that her daughter thought that Justice would be safe there.

“We’ve been knowing them since they were little kids coming up,” Clarica Hull said.

She said that the mother of the killer was in a tough situation.

“The mother wasn’t holding up too good,” Hull said. “She lost a daughter as well, and my granddaughter, who she had bonded with.”