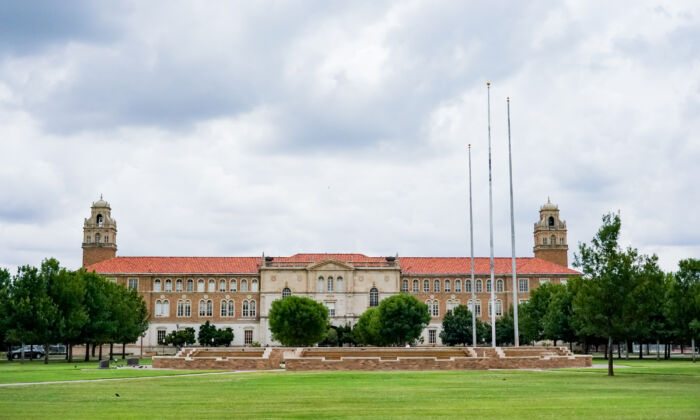 Texas Tech University has reportedly ended an “anti-racism” seminar that separated participants based on their skin color.

“Upon reviewing materials from the ‘Deeply Rooted Conversations’ discussion series, we learned that some of the content does not align with our university values, and we have discontinued this program,” a Texas Tech spokesperson told the Daily Caller.

The training session, titled “Allyship and Co-Conspirator,” was first reported by conservative college student group Young America’s Foundation (YAF) after a student told the organization about the “anti-racism” training.

In video footage released by the YAF, Mica Curtis-Wilson, who is no longer employed by Texas Tech, dividing students and faculty members into two groups, the “BIPOC (Black, Indigenous, and People of Color) affinity space” and the “Ally affinity space.”

“The point of this is to be able to identify how we experience these concepts and ideas and deeply listen to others and how they understand these ideas,” she explained to the participants, according to the video.

According to information obtained by YAF via a Freedom of Information Act request, racially separated discussion groups were also used during other sessions. YAF reported that in one of those sessions called “Understanding Whiteness and White Allyship,” the instructor listed “law enforcement” and “immigration law” as examples of white supremacy, alongside “slavery” and “Jim Crow.”

Last year, Sens. Tom Cotton (R-Ark.) and Kelly Loeffler (R-Ga.) called on the Justice Department to investigate what they described as an “alarming trend of apparent racial segregation” on college campuses.

In the Oct. 22 letter, Cotton and Loeffler urged then-U.S. Attorney General William Barr to investigate a number of colleges and universities for allegedly hosting racially segregated events. The senators cited two cases in particular, saying they appeared to be violating Title VI of the 1964 Civil Rights Act, which prohibits discrimination on the basis of race, color, or national origin in federally sponsored programs.

One of the cases involved the University of Michigan-Dearborn, which in September 2020 held two virtual cafe-style seminars, one for students who identify as persons of color and another for students who don’t. The university has since apologized for the manner in which the events were described and promoted, saying they weren’t “intended to be exclusive for students of a certain race.”

The other incident took place at the University of Kentucky, where resident assistants (RA) were reportedly assigned into two separate training groups, “one for RAs who identify as BIPOC and one for RAs who identify as White.” According to an email obtained by the YAF, the training for non-white RAs was called “Healing Space for Staff of Color,” while the training for white students was called the “White Accountability Space.” Participants were “expected to attend only one that corresponds best to your identity,” although they received invitations to both trainings.

“College administrators often rationalize these forms of racial segregation, claiming they give members of certain racial groups, especially minority groups, spaces where they can discuss shared concerns and issues,” the senators wrote. “Whatever the rationale, the effect of racial segregation is to divide the student body on a college campus, creating racial or ethnic enclaves.”

“This practice heightens racial consciousness while discouraging students from thinking of themselves as part of one nation that encompasses members of all races,” they warned.