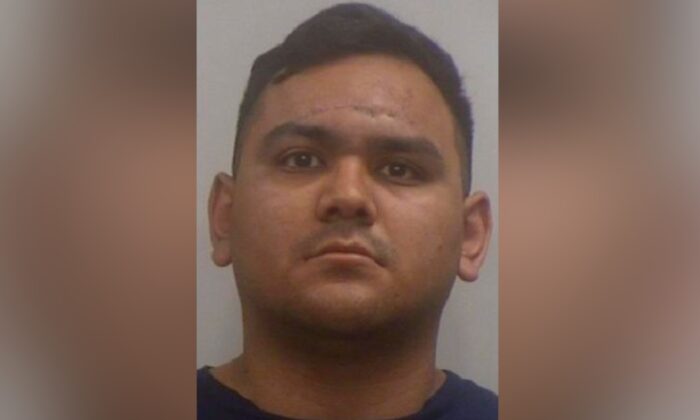 Authorities in Texas have arrested an elementary school teacher after he allegedly sexually abused a young student during the 2020–2021 school year.

In a July 28 news release, the Irving Police Department reported that 28-year-old Victor Hugo Moreno was taken into custody on charges of continuous sex abuse of a 7-year-old, as well as having an improper relationship between student and educator.

Moreno was arrested on July 21, police said, adding that he was released again after posting bonds totaling $15,000.

Officials have accused Moreno of sexually abusing the girl during the 2020–2021 school year while he was teaching second grade at Townsell Elementary in Irving, Texas.

Police weren’t notified about the abuse incident until the spring semester of 2021–2022, the department said.

Robert Reeves, a spokesman of the Irving Police Department, said during a news conference on Thursday that investigators believe there are additional victims.

“There is nothing leading us to believe this an isolated incident,” Reeves said, CBS News reported.

Reeves also said he was disappointed after seeing Moreno getting “such a low bond out of Dallas County.”

“Someone committing crimes against children should have a higher bond,” the spokesman said.

Authorities are encouraging anyone whose child could have interacted with Moreno at Irving ISD and Plano ISD to talk with their children and make them aware of the abuse claims.

Moreno was reported to police after an adult overheard a student talking about him doing something inappropriate to an individual.