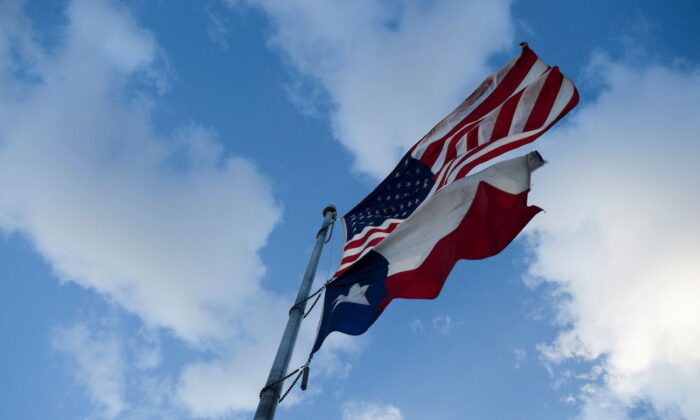 Texas on Aug. 24 released a list of 10 financial companies and almost 350 funds said to be boycotting energy firms involved in fossil fuels, marking the latest step in the pushback by individual U.S. states against the environmental, social, and governance (ESG) movement.

Because of Texas Senate Bill 13, which took effect in September 2021, the state comptroller must publish such a list. The measure, which was enacted in June 2021, requires many state government entities to divest from ESG-guided companies and funds.

“I’m happy to see that states are continuing to do what they feel is in their best interest, in terms of fighting back against ESG,” Derek Kreifels, CEO of the State Financial Officers Foundation, told The Epoch Times on Aug. 24.

“The [ESG] movement has produced an opaque and perverse system in which some financial companies no longer make decisions in the best interest of their shareholders or their clients, but instead use their financial clout to push a social and political agenda shrouded in secrecy,” state Comptroller Glenn Hegar said in an Aug. 24 statement.

“Our review focused on the boycott of energy companies, rather than a review of the entire ESG movement. This research uncovered a systemic lack of transparency that should concern every American regardless of political persuasion, especially the use of doublespeak by some financial institutions as they engage in anti-oil and gas rhetoric publicly yet present a much different story behind closed doors.”

“This is not a fact-based judgment,” a spokesperson for BlackRock told The Epoch Times in an Aug. 24 statement in response to the Texas decision. BlackRock has more than $100 billion in its clients’ funds invested in Texas energy companies, the spokesperson noted.

The 350 listed funds include offerings from Parnassus, a pioneer in ESG, as well as funds associated with UBS, Vanguard, T. Rowe Price, Fidelity, and the Knights of Columbus, among many other high-profile players.

Public pledges to the Net Zero Banking Alliance, Climate Action 100, or the Net Zero Asset Managers Initiative were one of the multiple criteria the comptroller used to screen boycotters.

However, the comptroller didn’t automatically add companies if they made such pledges. A “Frequently Asked Questions” document about the list states that companies’ actual commitments to such pledges varied significantly.

However, there are carve-outs. One exemption allows entities to avoid divestment that would conflict with a state government entity’s fiduciary duty or legal responsibilities. Another exemption applies to funds that are held indirectly.

Some media coverage of Texas’s law, such as an April article from NPR, has suggested the law’s loopholes could undermine its effectiveness.

In response, Kreifels suggested that Texas’s law, like others in states across the country, is only the first step when it comes to state-level action against ESG.

“I would anticipate that there would be some areas where they realize that down the road, they need to make some tweaks to the new law,” he said, adding that “ESG has many tentacles in many different industries.”

“It’s impacting not only the financial management space; it’s impacting the insurance industry, it’s impacting agriculture and food costs and production costs. I think that we’re going to be in this battle for several years.”

Others have challenged the economic soundness of Texas’s approach.

Researchers at the Wharton School of the University of Pennsylvania found that Texas’s anti-ESG stance has been costly to taxpayers, as it has necessitated that some municipalities negotiate new deals in a market in which competition among banks has been reduced.

The Texas comptroller’s office didn’t respond by press time to a request by The Epoch Times for comment about these criticisms.

“Elected and appointed public officials have a duty to act in the best interests of the people they serve. Politicizing state pension funds, restricting access to investments, and impacting the financial returns of retirees, is not consistent with that duty,” the spokesperson for BlackRock told The Epoch Times.

“Texans deserve access to the full range of asset managers and investment opportunities that can help them meet their retirement goals.”

1 Battle in a Larger War

Hegar’s list comes just weeks after a Texas state Senate committee demanded documents from BlackRock and other financial companies regarding their ESG practices.

In addition, on Aug. 16, attorneys general from 21 states sent a letter to the Securities and Exchange Commission (SEC) opposing a proposed rule on ESG disclosure. They called it “deeply problematic,” noting its resemblance to the SEC’s other recent rule mandating carbon disclosures.

“The left’s game is that if they can’t get what they want past Congress or the courts, they’re going to change the rules,” Kreifels said about the SEC’s moves in recent months.

“I’m proud to see a second state in our coalition follow our lead and take definitive action to strike back against the ESG radicals who are trying to destroy America’s ability to return to energy independence,” West Virginia Treasurer Riley Moore said in an Aug. 24 message to The Epoch Times.

That coalition includes West Virginia and the 14 other states that cosigned Moore’s November 2021 letter to the banking industry, challenging what he then characterized as an “ongoing and growing economic boycott of traditional energy production industries by U.S. financial institutions.”

“As I told people before, West Virginia would be the tip of the spear and there would be an army following behind us—Texas has now joined our ranks,” Moore told The Epoch Times. “Today is a great day, and I expect more states to soon follow our lead to fight back against the anti-American ESG extremists.”