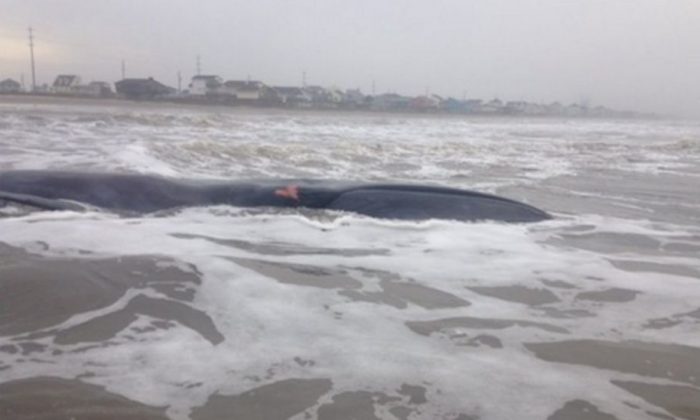 A whale beached itself in shallow water in Galveston, Texas, and people are sharing pictures of it on Facebook and Twitter.

The Texas Marine Mammal Stranding Network, a rescue group, confirmed the whale is beached along FM 3005.

You can just make out the whale in the waves #galvnews pic.twitter.com/ZvYjeWg4AU

They are currently assessing the animal’s situation, reported ABC-13.

The mammal is between 20 feet and 40 feet in length.

There is no word yet on the whale’s condition, KHOU-TV reported.

The U.S. NOAA Fish Southeast division said it is a “live whale.”