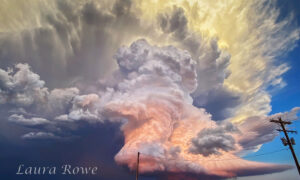 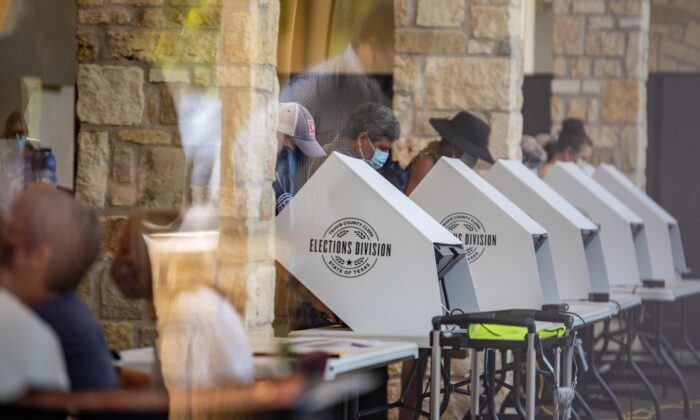 A Texas House representative announced Monday he’s introducing a bill for a forensic audit of the most populous counties’ election results.

According to the text of House Bill 241, introduced by Republican state Rep. Steve Toth, forensic reviews of counties with more than 415,000 population should be carried out before Nov. 1, 2021, and they should be completed before Feb. 1, 2022.

“Not later than March 1, 2022,” the bill’s text states, “the independent third party conducting the audit under this section shall submit a report to the governor, lieutenant governor, speaker of the house of representatives, and each member of the legislature detailing any anomalies or discrepancies in voter data, ballot data, or tabulation.”

The counties that should be audited, according to the bill, include Harris, Dallas, Bexar, Tarrant, Collin, Travis, Denton, Hidalgo, Fort Bend, El Paso, Williamson, Montgomery, and Cameron.

It’s not clear whether the Republican-led Texas Legislature has the appetite for the sweeping audit, which would be one of the largest election reviews in U.S. history. The Epoch Times has contacted House Speaker Dade Phelan’s office and Republican Senate President Pro Tempore Donna Campbell for comment.

A news release posted by Toth on Monday cited recent comments from Texas Attorney General Ken Paxton, who said last month that about 500 election fraud cases are being prosecuted by his office—although scant details have been provided to date. During a speech at CPAC this month, Paxton said he’s investigating 400 more fraud cases.

His release also included a statement of support from Montgomery County Judge Mark Keough, who said Toth’s “proposed bill is timely and necessary” in potentially “exposing any instances of fraud during the 2020 election and reassuring Texas voters.”

After the months-long audit of Arizona’s Maricopa County’s Nov. 3 results, lawmakers in other Republican-led states like Wisconsin or Pennsylvania have pushed for election reviews of their own. Last week, an audit team that reviewed ballots and election equipment in Maricopa told a state Senate hearing they found thousands of discrepancies, although Maricopa County executives and Democrats have frequently denigrated the audit and said the results are not credible.

Meanwhile, the Texas state House is currently in a state of limbo after dozens of Democrat lawmakers left the state earlier this month in a bid to deny Republicans quorum to block a separate election overhaul bill and met with top Democrats, including Vice President Kamala Harris, in Washington D.C. The stunt drew condemnation from Phelan and Texas Gov. Greg Abbott, who both threatened to arrest and detain the lawmakers upon their return to the Lone Star State and force them to be present to hold the special legislative session.

A quorum is the minimum number of members of an assembly or legislative chamber who must be present at any of its meetings to make the proceedings of the meeting valid.

In reasoning why they left the state, Democrats said they have no other choice to block the election bill—which they described as a measure designed to suppress minority voters’ rights. But Republicans said the bill is necessary to restore the public’s confidence in their elections and safeguard future ones.

“By and large, individual voters are trying to vote. They’re trying to do the right thing,” Republican state Sen. Bryan Hughes told KWTX earlier this month in why the election overhaul bill needs to be passed. “We want them to do that. The security measures in this bill, by and large, are directed at vote harvesters or folks who are trying to steal votes.”