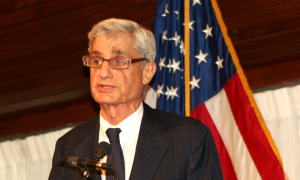 Should the US Reconsider Locking People Up?
0
Share Now
TelegramFacebookTweetEmailTellMeWeReddit
Copy Link 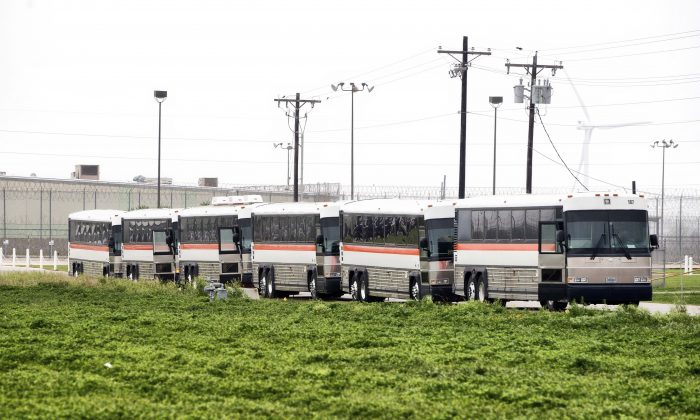 Busses are lined up in front of Willacy County Correctional Center inTexas Feb. 22, 2015. Security personnel have regained control of the South Texas prison where inmates had set fires and caused significant damage after taking over part of the facility.. (AP Photo/Valley Morning Star, David Pike)
US

A prison riot in Texas on Feb. 20 brought enduring inmate complaints over poor medical care back to light. About 2,000 prisoners refused to eat breakfast, began to riot with lead pipes, and then made their way to the outdoor prison yard of The Willacy County Correctional Facility in Raymondville, Texas. They are in the process of being relocated to other prisons.

A major reasons the prisoners cited for rioting—poor medical care.

It’s not the first time in recent years that a privately run prison such as Willacy has had a riot over lack of access to sufficient medical care. In 2008, epileptic prisoner Jesus Manuel Galindo died in solitary confinement in the Reeves County Correctional Facility, also in Texas. He and his family had complained repeatedly fearing for Galindo’s well being because of improper access to medical care.

In a letter to his mother, obtained by the American Civil Liberties Union (ACLU), Galindo expressed his concerns just before his death:

“[T]ell the investigator [a paralegal sent by federal public defenders] that I get sick here by being locked up all by myself,” he wrote. “They don’t even know and I am all bruised up [from falling and thrashing during seizures]. … Tell the investigator that the medical care in here is no good and that I’m scared.”

Difficulty accessing medical services while incarcerated isn’t an anomaly by any stretch of the imagination, even at the level of county jails. Such problems have been widely reported. But the case of Galindo and subsequent complaints are unique in that they are regularly occurring in a special type of privately run U.S. prisons operated for the purpose of incarcerating immigrants.

Less than a year ago, in June 2014, the ACLU published a scathing report about privately run prisons like Willacy and Reeves, which are among 13 federal prisons operated by three private companies. The facilities are collectively known as Criminal Alien Requirement (CAR) prisons, and represent big business. CAR prisons reported about $4 billion in revenue in 2012, according to the ACLU.

Five of these CAR prisons are in Texas and house about 14,000 immigrant prisoners. Many are illegal immigrants picked up on low-level offenses who are serving time before they are deported.

The ACLU report, “Warehoused and Forgotten: Immigrants Trapped in Our Shadow Private Prison System” details how these prisons—some overcrowded and lacking proper basic facilities—survive on the presence of prisoners.

The Corrections Corporation of America, one of the three corporations, stated in its 2012 annual report to the Securities and Exchange Commission that “any changes with respect to drugs and controlled substances or illegal immigration could affect the number of persons arrested, convicted, and sentenced, thereby potentially reducing demand for correctional facilities to house them.”