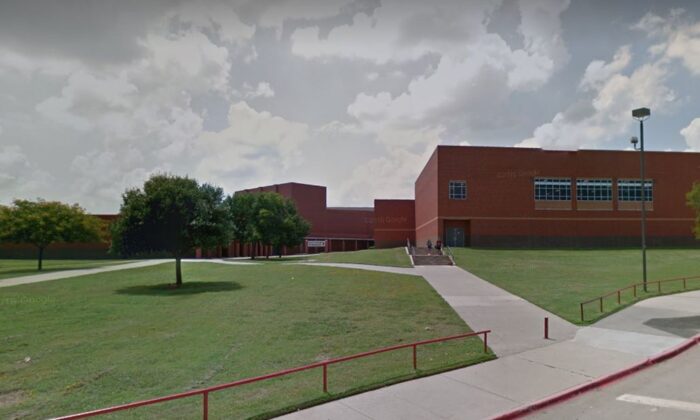 A Texas high school principal who was accused of promoting the quasi-Marxist critical race theory was placed on administrative leave, the district announced this week. (Google Maps)
Texas

A Texas high school principal who was accused of promoting the quasi-Marxist critical race theory was placed on administrative leave, the district announced this week.

The Grapevine-Colleyville Independent School District said Monday that Colleyville Heritage High Principal Dr. James Whitfield was placed on paid administrative leave. The district did not provide any more details on the matter.

“As this is an ongoing personnel matter, we will not comment further. We remain committed to providing a learning environment at Colleyville Heritage that fosters and encourages student academic and extracurricular achievement,” the Grapevine-Colleyville school district said in a news release.

In recent weeks, parents said during school board meetings that Whitfield promoted critical race theory and aligned ideological viewpoints including the idea that “systemic racism” permeates society. During one heating board meeting, a number of parents called on the district to fire him, according to news reports.

Whitfield, who is black, has defended himself by claiming that the accusations are motivated by “bigotry” and “racism.” Writing on Facebook in late July, he stated, “I am the first African American to assume the role of Principal at my current school in its 25-year history, and I am keenly aware of how much fear this strikes in the hearts of a small minority who would much rather things go back to the way they used to be.”

During the school board meeting, Whitfield said his name was smeared by parents who spoke.

“The last time I wasn’t here, someone was allowed to speak my name in public against the rules, and I think that’s what really disparaged my name,” Whitfield said. “That group of people got the attention, so the students, the community, they said, ‘Let’s show up. Let’s let our voice be heard.'”

Meanwhile, Whitfield denied allegations he promoted critical race theory at his high school, telling the Washington Post there is “no credence” of such claims.

“This group that has spoken out against me has a problem with inclusivity, with embracing diversity, and with providing equitable experiences for all students,” he told the Post.

Other than the critical race theory allegations, parents have raised red flags about photos he posted to his personal Facebook account. The district asked him to remove photos that he took on a beach vacation with his wife that some parents felt were inappropriate for a principal, according to CBS Dallas.

Critical race theory, which draws from the earlier Marxist school of critical theory, claims that the U.S. and Western society is inherently racist and that skin color is used to create inequalities between white people and minority groups. Critics say that it is a form of class struggle designed to denigrate white people and that it is designed to erode traditional cultural values.

The Epoch Times has contacted the Grapevine-Colleyville Independent School District for comment.