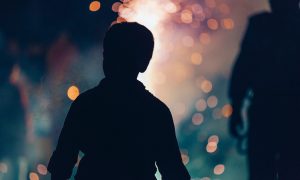 SAN ANTONIO—A San Antonio father staged the abduction of his 8-month-old son in a fake car theft plot to cover up “foul play,” and the infant has still not been found, police said.

The baby’s father, Christopher Davila, was charged with child endangerment hours after reporting on Jan. 4 that his son, King Jay Davila, was in his car when the vehicle was stolen.

“We believe that the story of the kidnapping was made up, made up to cover up foul play involving King Jay Davila,” Police Chief William McManus said Jan. 7.

“Ask yourself why would someone concoct such a story.”

Investigators said the 34-year-old Davila reported he had left the vehicle running and unlocked when he went into a convenience store. Davila’s vehicle was found later on Jan. 4 in a park a few miles from the store.

Police said Jan. 8 that the search for the baby continues and detectives are actively working the case.

McManus declined to elaborate on whether he believes King Jay is alive. He would only say investigators “believe there was foul play.”

Davila, who was released from jail on bail Jan. 5, denies being involved in King Jay’s disappearance. The boy’s mother, Jasmine Gonzales, is engaged to Davila. She has said he is innocent.

McManus said the woman who took the vehicle is a cousin of Davila and that she’s been arrested on an unrelated offense. Police on Jan. 8 identified her as 45-year-old Angie Torres, who was arrested the previous day on an aggravated robbery charge.

According to an affidavit, she’s accused of stealing razors from a Dollar General Store on Jan. 6 and kicking an employee who tried to stop her. She has not been charged in King Jay’s disappearance.

Records show Davila has a lengthy criminal history that includes convictions for arson; assault causing bodily injury; possession of a controlled substance under 200 grams and unauthorized use of a vehicle.