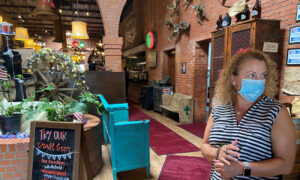 Texas, Florida Reversing Reopening Amid Largest Single-Day Increase in COVID-19 Cases in US
0 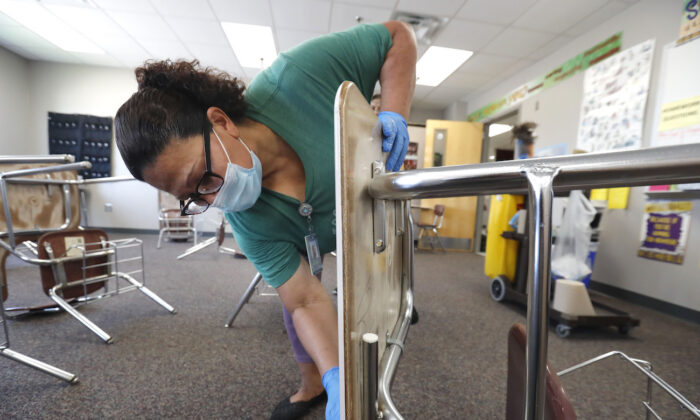 Texas on Friday announced that public schools are allowed to “temporarily limit access to on-campus instruction” for up to the first 8 weeks of the school year.

The Texas Education Agency (TEA) on Friday announced an update to its public health planning guidance (pdf) for the 2020-21 academic year, saying that school systems can hold online-only instruction for the first 4 weeks of school and can continue to do so for another 4 weeks, if needed, with a board-approved waiver request to the agency.

The TEA said that students who are not equipped for virtual learning, particularly those whose families lack reliable Internet access or a computer, will still be entitled to on-campus instruction once the school year begins.

“The health and safety of students, teachers, and parents is the top priority,” Gov. Greg Abbott announced on Twitter shortly following the TEA update.

Abbott said on Thursday that Texas could be seeing signs that the spread of the CCP (Chinese Communist Party) virus was slowing after June and July when hospitalizations quadrupled, stretching ICUs to full capacity. One of the hardest-hit areas remains the Texas-Mexico border, where officials are looking at converting hotels into medical units.

Texas’s largest teachers organization dismissed Friday’s announcement as underwhelming, saying it is based on an artificial deadline.

“Educators, students, and their parents need assurance that school buildings will not be reopened until it is safe to do so. Right now, with the pandemic still raging across Texas, we don’t know when that will be,” Texas State Teachers Association President Ovidia Molina said in a statement.

School leaders in Dallas and Houston concerned about the surge of COVID-19 cases have reportedly postponed the first day of classes until after Labor Day.

Texas reported more than 10,000 new cases of the CCP virus for a fourth consecutive day on Friday and 174 deaths—a new daily record. The Texas Department of State Health Services is urging residents to stay home when they can and wear a mask when in public.

DSHS Commissioner Dr. John Hellerstedt said in an announcement on Friday that COVID-19 is “having widespread community spread across the state.”

“What does that mean?” he continued. “It means that it’s in all of our cities and towns in one degree or another, and it’s spreading in workplaces, it’s spreading in families and parties, and gatherings like that. So we really can’t have our guard down, we have to put our guard up and be even stronger in terms of fighting COVID-19.”

He said that staying at home and maintaining a social distance of 6 feet are ways to curb the spread of the virus. He also explained the importance of wearing a mask while in public.

“Wearing my mask protects you, and you wearing your mask protects me … it’s part of how we protect each other and keep Texas safe,” Hellerstedt said.

It has been nearly three weeks since Texas shut down bars again, and Abbott said the leveling off of Houston hospitalization rates in recent days is encouraging.

“We’re certainly not out of the woods yet, but this could be a glimmer of hope coming if people will continue wearing face masks wherever possible,” Abbott told Houston television station KRIV.

California also issued strict guidance that makes it unlikely that many schools will resume in-person instruction this fall.