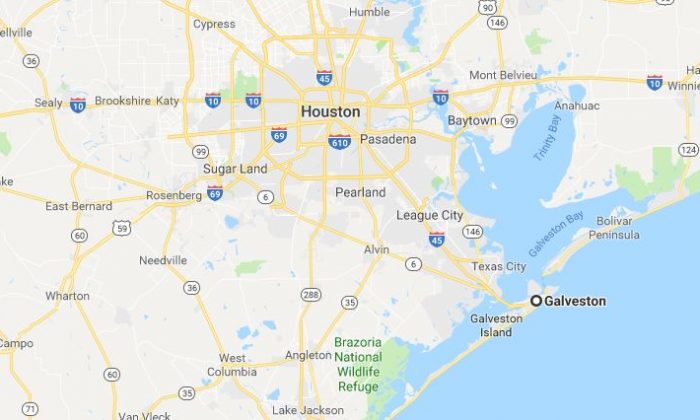 Location where the boy's body was found. (Google Maps)
Crime and Incidents

Officials in Texas have released a picture of an unidentified dead boy because they’re still trying to positively ID him.

The boy was found in Galveston on Oct. 20, washed ashore.

Investigators released the photo in the hopes that someone who knew the boy will recognize him.

A sketch of the boy was previously released but didn’t lead to an ID.

“We’re not releasing this photo lightly. It’s really being done, at this point, as a last option,” police Capt. Joshua Schirard said in a news conference Tuesday, reported Dallas News. “We’ve exhausted all other things we could do to get this child identified.”

Authorities believe the boy was murdered on Oct. 17 or Oct. 18.

Autopsy results indicate that the boy was severely malnourished. He fell into the water somewhere before washing ashore later in Galveston. Investigators believe he entered the water somewhere around Galveston County, possibly toward East Beach or near the Houston Ship Channel.

“It’s extremely frustrating,” Galveston police Detective Jeff Banks, who has been working on the case since the child’s discovery, told the Houston Chronicle.

“You’re a detective, you want to solve the case—well, where do you go when no one’s coming to tell me what’s happening? I’ve got a little boy and nobody’s telling me where he is. I just hope eventually we can identify him, move forward, and find out what happened to him.”

The cause of death has not yet been pinpointed, reported ABC13.

The FBI is offering a $10,000 award for successful identification and location of the family members who were caring for the day before his death.

Anyone with information is urged to call 1-800-CALL-FBI.

“We continue to believe that someone out there knows this child,” said Capt. Joshua Schirard, a spokesman for the Galveston Police Department. “Someone has seen him. That child deserves to be identified and properly laid to rest but for this to happen, input from the public is absolutely crucial.”