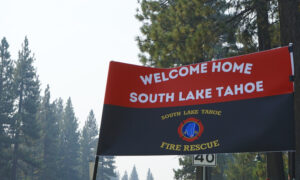 Darren Mitchell, the National Guardsman who went missing after writing a haunting Facebook post, was found dead in Texas amid heavy flooding.

Mitchell, 21, of Navasota, was located downstream from where his abandoned truck was located earlier. He is among several people killed in floods spawned by torrential rains that have lashed Kansas and Texas.

He called his family on Thursday to tell them he was trapped in flood waters on Highway 105 outside of Brenham on Thursday, KHOU-TV reported. “(My brother) just said he was all right and he made it out of the truck,” Ro Mitchell said.

After that, he posted a picture on Facebook that showed floodwaters rising outside his truck. “And all I wanted to do was go home,” the picture was captioned. It was apparently shot from the inside of his vehicle.

A witness, Lashandoe Smith, said she watched his truck get swept up by the water.

According to NBC, Lela Holland, 64, died in her Washington County, Texas, home due to the floods. Jimmy Wayne Schaeffer, 49, and Pyarali Rajebhi Umatiya, 59, were also killed in separate flooding incidents.

A missing boy who had fallen into the Brazos River while fishing on Friday had not been found as of Sunday, NBC reported.