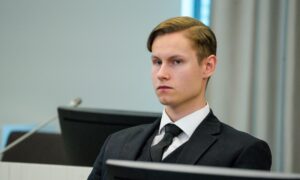 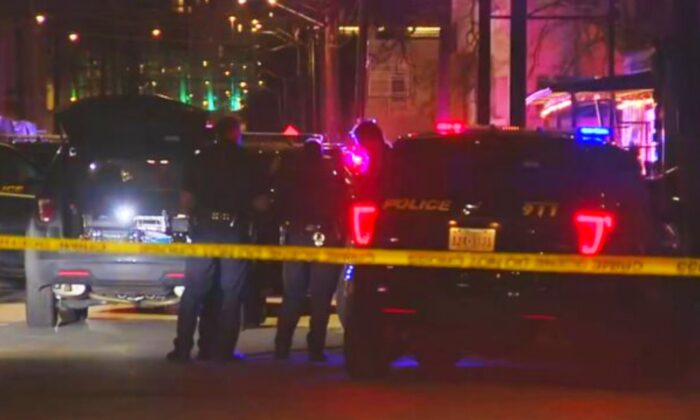 San Antonio police officers in a file photo at the scene of a deadly shooting in San Antonio, Texas. (KSAT via AP)
US News

Texas Man Shoots 8 People After He Was Denied Entry Into a Bar: Police

SAN ANTONIO, Texas—A man who was turned away from a bar in Texas shot and wounded at least eight people in the parking lot, police said.

The gunman was part of a small group that left a bar in northern San Antonio and walked across the street to Rebar, a large nightspot that often has live music and DJ performances. The group was turned away at the door because they were “inebriated,” McManus said.

The police chief said one of the members of the group responded by saying, “Don’t you know who I am? I’m a UFC fighter from California.” That man then walked back to his car across the street, got a long rifle, walked back to the Rebar parking lot and opened fire, McManus said.

The victims were five women and three men between the ages of 23 and 41. Their exact conditions weren’t immediately known, but McManus characterized them as stable at local hospitals. The most serious injury was suffered by someone who was shot in the back, he said.

Although the shooter remained at large, McManus said he didn’t believe there was any risk to the area. Further details weren’t immediately available.

Rebar is about 2 miles southeast of San Antonio International Airport. A call to the phone number listed on its website was not answered.

Investigators are reviewing surveillance footage to identify the suspect and get more details on what happened.