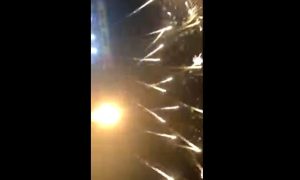 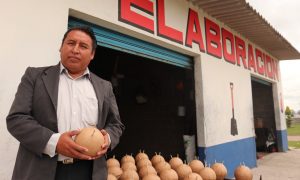 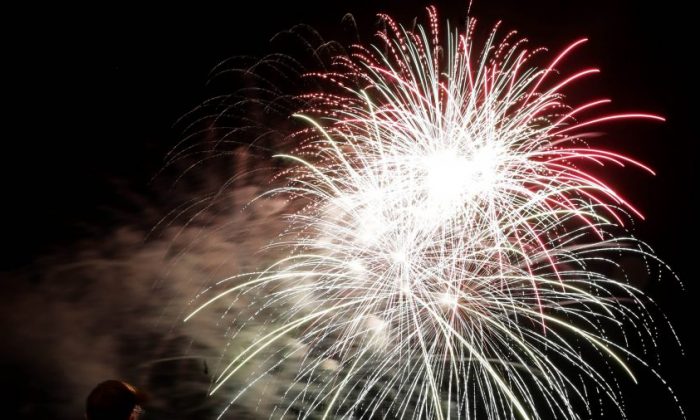 The Corpus Christi Police Department Bomb Squad was among the responders to a home in Corpus Christi just before 11 p.m. after reports of an explosion came in.

Police officials told KIII-TV that a 37-year-old man was making fireworks in his living room when the explosion occurred.

Both of the man’s hands were injured, though the extent of the injuries wasn’t clear.

The explosion started a fire, which firefighters doused.

According to the Corpus Christi Caller-Times, it’s illegal to discharge fireworks inside the city limits. If someone is found using fireworks illegally they could be fined up to $2,000.

However, transporting fireworks is legal if they’re inside the original, unopened package and are in a trunk of a car or the cargo area in an SUV.

Safety tips for lighting fireworks include obeying all laws regarding the use of fireworks.

Children should never light fireworks and an adult should be designated as the supervisor for all fireworks activities.

People shooting off fireworks should wear safety glasses, light one firework at a time then quickly move away, always have a bucket of water and charged water hose nearby, not experiment with homemade fireworks, and dispose of spent fireworks by wetting them down and putting them in a metal trash can.

People should never relight a “dud” firework. Instead, they should wait 20 minutes and then soak it in a bucket of water, then later dispose of it as they do a normal firework.

Man May Lose a Hand After Illegal Fireworks Explosion

In West Puente Valley, a 25-year-old man was severely injured after illegal fireworks exploded in his hands on July 2, according to the Los Angeles Sheriff’s Department.

The incident happened in an unincorporated area in San Gabriel Valley around 9:00 a.m., according to KTLA. The man was soon airlifted to the L.A. County+USC Medical Center by LASD Air Rescue. Authorities said he may lose a hand.

Nearby residents told the news outlet that they’ve been hearing the sound of fireworks for the past two weeks.

“It’s getting worse, you know. They’re getting louder and they’re like flying in the air,” said resident Paul Massie, who worries his dry grass will catch on fire or fireworks could land on his roof and set his house on fire.

The sounds have also been loud enough to leave his dog Lucky traumatized. Massie said he had to pull him out from beneath the bed to go for a walk.

“It’s freaky when you’re sitting there and a big bomb goes off. It freaks you out,” he said.

On June 29, LAPD seized a massive amount of illegal high-powered fireworks in a South LA home, with the street value estimated at more than $40,000, reported KABC.