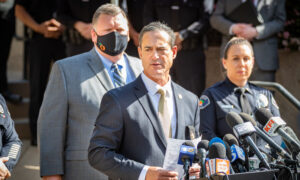 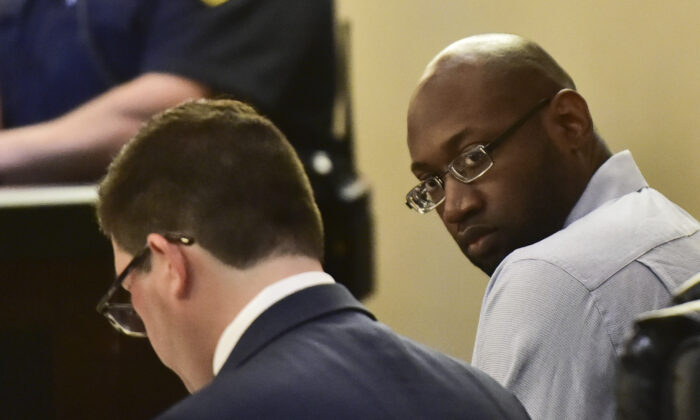 SAN ANTONIO—A Texas man elbowed a bailiff attempting to handcuff him after the man was convicted of killing a San Antonio police detective.

A bailiff was trying to handcuff McKane when McKane elbowed him in the face before several officers pushed him into an adjacent room.

Gonzalez said he noticed McKane removing his necktie, unbuttoning his shirt, and untucking his shirttail after the guilty verdict was read.

“I had a feeling that he was going to fight us,” Gonzalez testified. “Because he was taking off his clothes.”

Marconi was fatally shot as he sat in his patrol car during a traffic stop that did not involve McKane, authorities said.

McKane, as he was being taken to jail following the shooting, told reporters that he “lashed out at someone who didn’t deserve it” because he was upset with the court system. McKane said he was angry because he had not been allowed to see his son during a custody battle.

Perez argued that Marconi had sent and received personal text messages moments before the traffic stop and was not officially on duty. Therefore, McKane could not be charged with capital murder and be eligible for the death penalty.