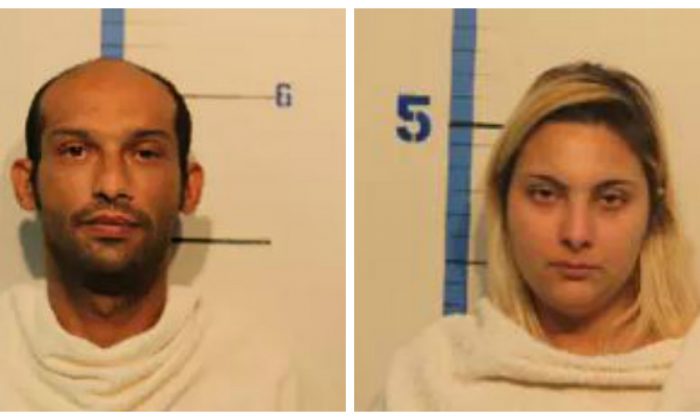 A Texas couple has been accused of selling their teenage daughter for sex.

Steve Marks, 31, was arrested by police in Rockwell County and charged with purchasing or selling a child for sex, reported the Dallas News.

Lila Miller, his wife, 25, was also arrested and charged with the same charge, according to jail records.

Marks allegedly negotiated with another family before selling his child to them.

Marks knew that the family, in Illinois, would use her for sex, according to arrest warrant affidavits.

The family planned for the unnamed teen to be “in a common-law marriage to a male subject believed to be about three years older,” the police records state.

When the Illinois family didn’t fully pay, though, Marks and Miller drove to Illinois to take the girl away and planned to resell her to a different family in Florida.

Marks’ parents, Davey and Dorthy Marks, were also arrested, and charged with harboring a runaway and interfering with child custody.

Another man, Miller Marks, who helped to hid the child from police, was also charged with the latter charge.

The teenager was able to escape from Marks when he took her away from the grandparents’ home when police were there.

She made it to a McDonald’s where she called 911.

The grandparents had told police they hadn’t seen the female teen for months, reported WFAA.

Steve Marks had a history with Child Protective Services. At least three of his seven children were taken away from him in the past and placed in foster care.

Marks and Miller are being held on a $1 million bond.