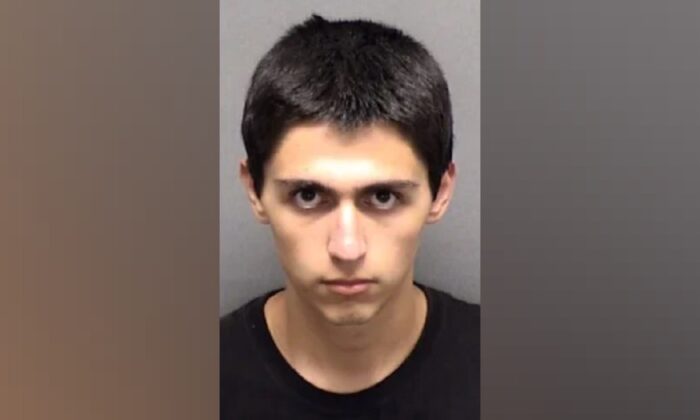 Texas Man, 19, Arrested for Threat to Carry Out Mass Shooting

A 19-year-old Texas man who reportedly has mental health issues was arrested after telling a coworker that he wanted to carry out a mass shooting.

Rodolfo Valdivia Aceves was arrested in the early hours of Monday morning and charged with the third degree felony of making terroristic threats, according to Bexar County police records. He is being held on a $50,000 bond.

San Antonio outlet KSAT reported that a female coworker alerted her superiors about Aceves after he shared with her his thoughts about carrying out a mass shooting on June 24 while they were evacuating work because of a fire alarm.

According to the coworker, Aceves told her that pulling a fire alarm would be a good way to carry out a mass shooting and that because he had previously told her he was “tired of living” and owned a gun, she believed him capable of following through with his threat.

Aceves’s coworker was also reportedly afraid because Aceves knew where her children attended school. She also reportedly told police that the 19-year-old considered the Uvalde school shooter “an idol.”

The coworker reportedly didn’t tell anyone about Aceves’s threat on the Friday because she was afraid of retaliation but did so on Monday, when police were called to the Amazon delivery facility where they worked and arrested him, according to KSAT.

A San Antonio police officer told Yahoo News in a statement that the threat was credible.

“Based on information gathered, an employee of the location heard the suspect claiming he was going to do a mass shooting at this place of business,” said San Antonio Police Officer Ricardo Guzman.

“Credible information to support the threat was developed during the investigation by homicide detectives.”

The suspect’s father reportedly told police during questioning that Aceves had been committed to a mental health facility twice when he was 16 and that his purchase of a rifle made his relatives afraid based on his past behavior, according to KSAT.

Police records show that Aceves was processed into custody on Monday afternoon after being arrested at 2:13 a.m.

A person found guilty of a third-degree felony faces a penalty of between 2 and 10 years in prison and a fine of up to $10,000 under the Texas penal code.

Correction: The article has been update to correctly name San Antonio. The Epoch Times regrets the error.