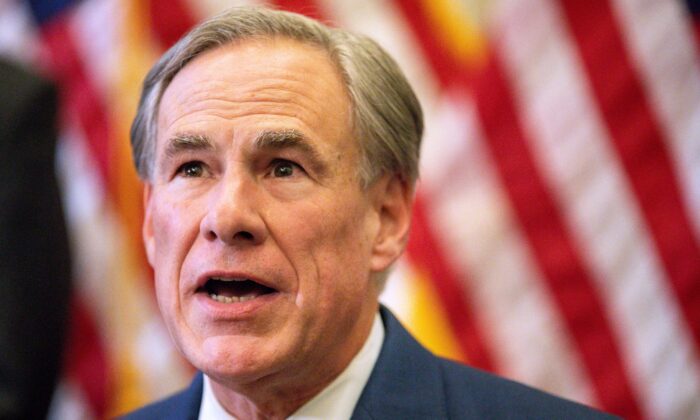 Texas Gov. Greg Abbott speaks during a press conference at the Capitol in Austin, Texas, on June 8, 2021. (Montinique Monroe/Getty Images)
By Zachary Stieber