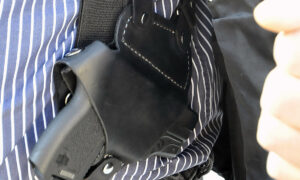 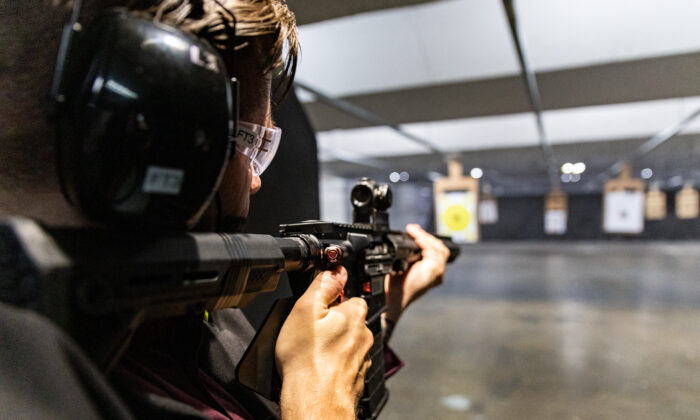 Texas has joined a multistate coalition challenging California’s so-called “assault weapons” ban, which remains in effect after an appeals court put on hold a judge’s ruling that the Roberti-Roos Assault Weapons Control Act of 1989 (AWCA) violates the Second Amendment.

Ken Paxton, Texas Attorney General, said in a press release that the Lone Star state had joined 21 other states in a legal brief (pdf) in the case of Miller v. Bonta, demanding that the San Francisco-based U.S. Court of Appeals for the Ninth Circuit uphold a lower court decision to strike down a ban on what California describes as illegal military-style rifles.

“States do not have the right to dictate what is ‘necessary’ or ‘unnecessary’ when it comes to constitutional rights, and demonizing certain rifles that are widely used nationwide is an infringement on the Second Amendment,” Paxton said in the statement.

Paxton objected to the label “assault weapons,” instead calling them “modern rifles” that are typically used for personal protection, as well as target and sport shooting.

“In fact, California has admitted that most weapons used in mass shootings were obtained legally and that many law-abiding citizens own modern rifles for personal protection. We cannot allow this clear overreach to unconstitutionally restrict Americans’ cherished Second Amendment rights,” he added.

The state government, through the law, “bans an entire class of very popular hardware—firearms that are lawful under federal law and under the laws of most states and that are commonly held by law-abiding citizens for lawful purposes,” Benitez wrote in his 94-page ruling in Miller v. Bonta.

“I think we can agree that the decision was disappointing, and the reasoning, such as equating assault weapons to Swiss Army knives and false claims that COVID-19 vaccines have killed more people than mass shootings, was shocking,” Bonta said at a press conference at the time.

In his ruling overturning the California ban, Benitez wrote that “the evidence described so far proves that the ‘harm’ of an assault rifle being in a mass shooting is an infinitesimally rare event. More people have died from the COVID-19 vaccine than mass shootings in California.”

The AWCA prohibits the manufacture, use, or sale of an “assault weapon,” defined as a semiautomatic rifle with certain characteristics such as a fixed magazine that has the capacity to hold more than 10 rounds. People who violate the laws can be charged with a felony or a misdemeanor and face prison sentences of up to eight years.

Benitez, in his ruling, argued that “This case is not about extraordinary weapons lying at the outer limits of Second Amendment protection. The banned ‘assault weapons’ are not bazookas, howitzers, or machineguns. Those arms are dangerous and solely useful for military purposes.”

“Instead, the firearms deemed ‘assault weapons’ are fairly ordinary, popular, modern rifles. This is an average case about average guns used in average ways for average purposes,” Benitez said.

The amicus brief that Texas has joined characterizes California’s law as draconian, arguing that because the types of firearms that the law deems “assault weapons” are “commonly used by millions of law-abiding citizens for a myriad of lawful purposes,” the ban “strikes at the core of the Second Amendment.”

Besides California, six other states have imposed bans on so-called “assault weapons.”