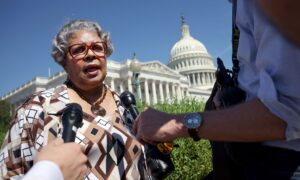 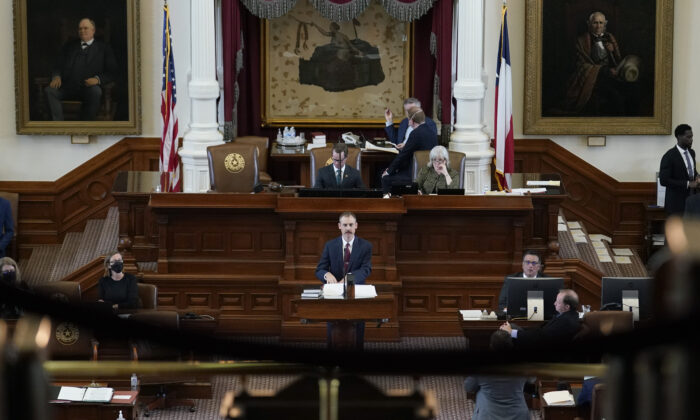 The state House has a final vote scheduled Friday. After the expected passage, the amended legislation will go back to the state Senate.

Republicans control both legislative chambers in Texas, and also hold the governor’s mansion. Gov. Greg Abbott has expressed support for the bill.

Lawmakers spent hours debating amendments, diving into how the proposed alterations would affect existing law. State Reps. Andrew Murr and Rafael Anchía took about 10 minutes to debate an amendment Murr authored that would emphasize that poll watchers couldn’t be with a voter when that person is voting.

The amendment was ultimately rejected, as were most that were proposed.

Murr, a Republican, opened the roughly 12 hours of debate in Austin by describing the legislation as aimed at making Texas election law “uniform and consistent throughout the state” to reduce the likelihood of fraud, protect the secrecy of ballot, ensure voter access, and make sure all legally cast votes are counted.

“We’re not here to let every person vote from your car when you’re perfectly able to go into a secure voting location and vote,” Murr added later, referring to one of the bill’s provisions.

Anchía, a Democrat, talked about the Jan. 6 breach of the U.S. Capitol and attempted to link that effort, which interrupted a joint session of Congress certifying states’ electoral votes, to the legislation and others like it.

“I can draw a straight line from that to the bills that have been filed all over the United States to try to make it harder to vote,” he said on the House floor.

“There’s no reason for this bill,” he added later.

Texas House Democrats walked out of the state Capitol in May, preventing passage of election reform bills, before fleeing the state in July after Abbott called a special legislative session.

That meant the House didn’t have a quorum, so Republicans could not consider bills even though they control the state’s lower chamber 82-66.

Democrats ended their holdout on Monday.