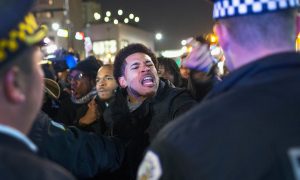 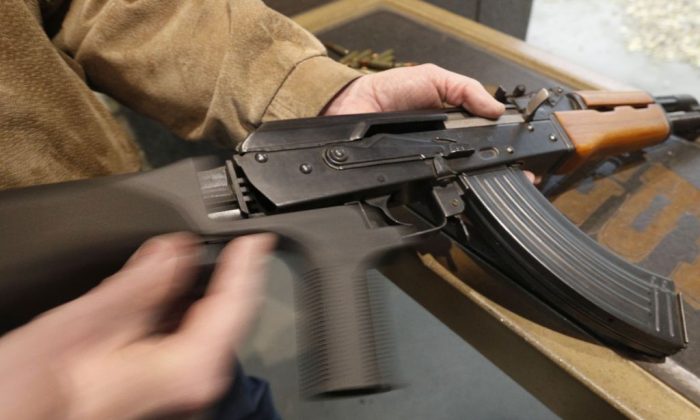 An AK-47 in a file photo. (George Frey/Getty Images)
Crime and Incidents

Five men tried breaking into a house in Texas just before 1 a.m. on Jan. 20, but were shot by the homeowner.

Another neighbor told KHOU that he was on his porch with his baby when he saw the two men show up with large rifles. The neighbor went inside his house to take cover.

He said that the homeowner is known in the neighborhood as “Flaco.”

A group of women who were crying showed up near the house where the shooting happened and said they are related to the men who were shot. They declined to provide further details.

Officials told KTRK that the homeowner shot the men in self-defense using a fully-loaded AK-47, an assault rifle.

The 20-year-old homeowner said that the men, wearing ski masks, approached his house and busted inside, demanding cash, forcing him to defend himself.

A witness said that he saw two men in front of the home lying on the ground. “I heard around five or six gunshots. I’m pretty sure there were more before that,” he said.