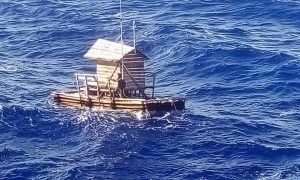 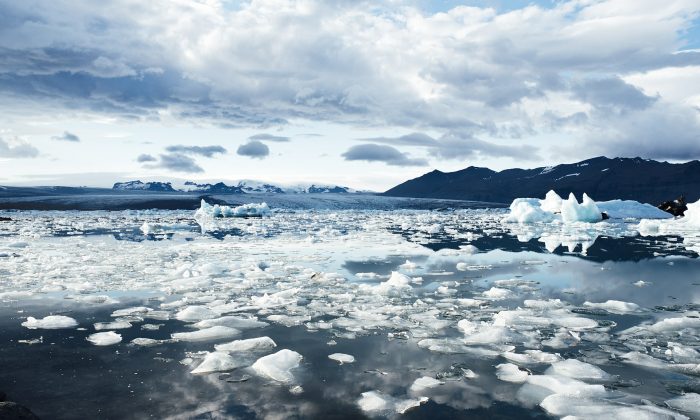 A Texas grandmother drifted out to sea on an “ice-throne” as she posed for pictures which ended up charting her bizarre adventure, and taking her story viral.

Taken at a lagoon in Iceland, the images show Judith Streng happily posing in the chunk of ice that was still attached to the shore.

But when a big wave came along, the “ice throne” detached, and she was whisked away from the shore, as her son kept on taking pictures.

Those pictures went viral when her grand-daughter posted them to Twitter.

The mother and son were travelling in Iceland, and stopped at Diamond Beach in Jökulsárlón for the photo op.

My grandmother almost got lost at sea in Iceland today lmaoooo pic.twitter.com/osHrwTEkyr

“It was shaped like an easy place to sit. You can tell by looking at the shape of it, and I thought well it looks like fun,” Streng told ABC News.

“When I got on it, it started to totter and a wave was coming in,” she said. “A very large wave came in and kind of made the throne kind of rock, and I could tell that I was slipping off.”

A Woman’s Grandma Had To Be Rescued By A Boat Captain After Floating Out To Sea On An Ice Throne https://t.co/s525CWwoW7

The story went viral after the images were sent to Streng’s granddaughter, Catherine Streng, who then posted them on Twitter, together with her father’s amusing descriptions of his mother’s mishap.

“She ascended the throne after a wave had pulled back and left it briefly exposed on the beach,” said the message. “Then a wave washed in and dislodged the ice throne, rocking it from side to side. When the wave retreated, it lifted the dislodged throne throne and carried her out with the tide.”

According to Guide to Iceland, she was rescued by a fellow countryman named Randy Lacount, a licensed boat captain from Florida who is familiar with water rescues.

This lady is #grannygoals! Grandma says viral iceberg photo gone wrong was her chance to be ‘queen’ #grandmalovehttps://t.co/HWj3BlD5H7 pic.twitter.com/qgfr59wa3n

“He just happened to be onshore when the whole thing occurred, so he waded out into the roiling water and pulled her off the iceberg as it drifted out to sea, supporting her until they reached the shore,” said her dad, according to Buzzfeed.

Catherine, an English teacher who currently lives in South Korea, said her family has always loved to travel. “It doesn’t surprise me that my father and grandmother decided to go to Iceland. I believe they were both interested in the nature and beautiful scenery. My father actually hates the cold, but he says he really likes it there and finds it beautiful. He also loves the clean energy of the country.”

The beach where Streng set sail on her ice chair is known as Diamond Beach, which gets its name from the sparkling  icebergs that settle there from the nearby glacier.