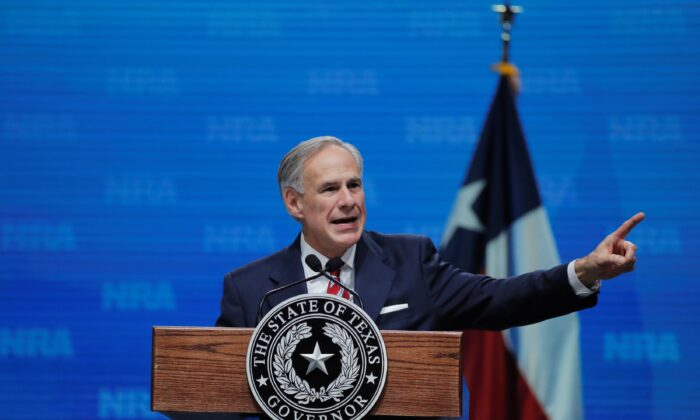 Texas Gov. Greg Abbott on May 19 signed a bill that bans abortions after a fetal heartbeat is detected.

“Our creators endowed us with the right to life. And yet, millions of children lose their right to life every year because of abortion,” Abbott, a Republican, said at the bill-signing ceremony in Austin. The bill “ensures that the life of every unborn child who has a heartbeat will be saved from the ravages of abortion.”

The legislation, Texas Senate Bill 8, centers on the idea that the state never repealed laws enacted before the 1973 Supreme Court decision in favor of the plaintiffs in Roe v. Wade—which in essence ruled abortion to be a constitutional right.

Texas laws bar and criminalize abortion unless the mother’s life is in danger.

The new bill states that a doctor may not perform or induce an abortion unless he or she has determined whether the unborn child has a detectable fetal heartbeat. If a heartbeat is detected, an abortion can only be performed if a medical emergency exists.

The legislation bans state officials from enforcing the provisions. Instead, private citizens—except for an individual who impregnated a woman through rape or incest—may file lawsuits against doctors, clinics, and anyone involved in an abortion that violates the law.

The bill goes into effect on Sept. 1.

On May 13, Abbott indicated his intention to sign the bill after the upper chamber passed it by an 18–12 margin and the lower chamber approved it 83–64.

Several Democrats voted for the legislation, though most opposed it.

“Say it with me: Abortion is healthcare. I’m proud to have voted against #SB8 while it was in the House,” state Rep. Jessica Gonzalez, a Democrat, wrote in a tweet on Wednesday.

A number of groups also criticized the bill.

According to the American Congress of Obstetricians and Gynecologists, fetal heartbeat detection occurs as early as six weeks gestation, measured from a woman’s last menstrual period.

Planned Parenthood Texas Votes called the legislation one of the most extreme abortion bans in the country.

Others cheered the bill, including Chelsey Youman, legislative director of the Human Coalition Action Texas.

“What an honor to witness Governor Abbott sign this historic heartbeat bill. The legislature and governor prioritized this historic legislation, and with his signature, approximately 50,000 precious human lives will be saved in Texas next year alone!” Youman said after attending the bill-signing ceremony.

That sentiment was echoed by one of the bill’s main supporters within the Texas state legislature.

“The Texas Heartbeat Act is the most powerful pro-life legislation in Texas history and will stand as a model for the country,” said state Sen. Bryan Hughes, a Republican who helped craft the bill.