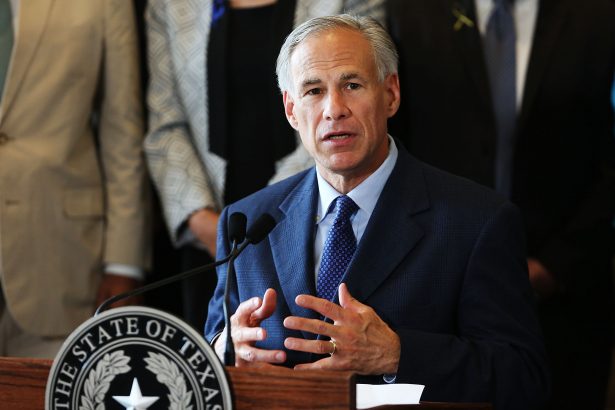 Texas Gov. Greg Abbott announced a disaster declaration in his state following violent protests across several cities in response to the death of George Floyd.

Abbott declared a state of disaster across all counties, citing “threats and incidents of violence in several cities across Texas that have endangered public safety.”

“Every Texan and every American has the right to protest and I encourage all Texans to exercise their First Amendment rights,” said Abbott, according to KBTX. “However, violence against others and the destruction of property is unacceptable and counterproductive.”

The demonstrations, he said, have become violent in places across Texas, which means it’s “crucial that we maintain order, uphold public safety, and protect against property damage or loss.”

“By authorizing additional federal agents to serve as Texas Peace Officers we will help protect people’s safety while ensuring that peaceful protesters can continue to make their voices heard,” he said.

The disaster declaration comes one day after the Texas National Guard was deployed, and the Department of Public Safety sent more than 1,500 officers to help local police departments.

On Saturday, the governor wrote in a statement that the National Guard and officers were being sent to Dallas, Houston, San Antonio, and Austin.

“Texas and America mourn the senseless loss of George Floyd and the actions that led to his death are reprehensible and should be condemned in the strongest terms possible,” Abbott said in a statement. “As Texas exercises their 1st Amendment rights, it is imperative that order is maintained and private property is protected.”

Floyd died last week while in Minneapolis police custody. A viral video showed an officer with his knee on Floyd’s neck while he said he couldn’t breathe.

But peaceful protests involving tens of thousands of people on Saturday gave way, in some places, to rioting, looting, and violence, with police vehicles torched, stores looted, and objects hurled at officers.

Police and peaceful protesters alike pleaded for a stop to violence, saying it only hindered calls for justice and reform.

In Minneapolis, the city where the protests began, police, state troopers, and National Guard members moved in soon after an 8 p.m. curfew took effect Saturday to break up demonstrations. The show of force came after three days of police largely avoiding engaging protesters, and after the state poured more than 4,000 National Guard troops into Minneapolis. Authorities said that number would soon rise to nearly 11,000.