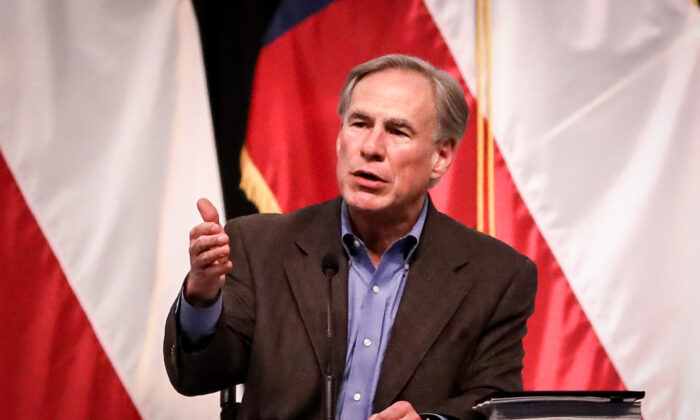 Texas Gov. Greg Abbott on Monday signed a bill, which adds more limits and raises criminal penalties for the use of abortion-inducing medication, that goes into effect in three months.

The signing of the measure—Senate Bill 4—comes a few weeks after Abbott, a Republican, signed a bill to implement Senate Bill 8, which prohibits abortions after fetal cardiac activity is detected. State records show that Abbott, who did not issue a public statement, signed Senate Bill 4 into law on Monday.

Under Senate Bill 4, the charges for “intentionally, knowingly, or recklessly” violating the law’s provisions would result in a felony with fines of up to $10,000 and between six months and two years in prison.

Last month, a House co-sponsor of the legislation, Republican Rep. Will Metcalf, wrote on Twitter that the bill would “crack down on unsafe ‘mail order’ abortions and increase the reporting requirements for complications resulting from all types of abortion.” Meanwhile, Republican Rep. Stephanie Klick said that out-of-state medical providers who perform abortions could be subject to an extradition process, according to the Dallas News.

Earlier this month, Senate Bill 8, which also incentivizes individuals to file lawsuits against anyone suspected of helping a woman get an abortion in Texas, went into law. Days later, the Supreme Court rejected an emergency request from abortion providers to block the law from going into effect.

Both bills have been decried by pro-abortion groups and some Democrats, although Senate Bill 4 was authored by Democrat Rep. Eddie Lucio Jr. NARAL (National Abortion Rights Action League) Pro-Choice America spokeswoman Adrienne Kimmell told the Dallas News on Monday that lawmakers who supported the bill “have made their intentions abundantly clear, and they will stop at nothing to strip away reproductive freedom.”

In early August, Lucio said that the measure was designed to protect pregnant women from harm should they take drugs to induce an abortion.

“Doctors need to be present when patients receive these drugs so the patient knows what to expect from normal side effects and what needs to be addressed quickly before it turns into a serious issue,” Lucio said as he was describing his bill during a Senate committee hearing in August.

Texas Attorney General Ken Paxon told The Epoch Times’ “Crossroads” program this week that his office is prepared to ward off any lawsuits against the previous abortion bill. It came after the Department of Justice last week asked a judge to issue an emergency injunction against the law.