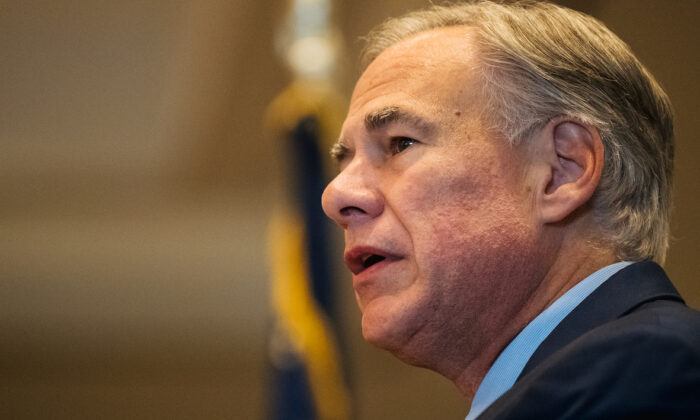 Gov. Greg Abbott on Sunday touted Texas for its innovation amid the global chip shortage crisis that is impacting the production of automobiles and consumer electronics, declaring that his state will be the “home of semiconductor manufacturing going forward.”

In an interview on Fox News’ “Sunday Morning Futures,” the Republican governor touched upon the chip crisis, which is estimated to cost the auto industry $210 billion globally in lost revenue in 2021, and said that the United States had mistakenly outsourced chips from foreign countries such as China.

“The country made a mistake over the past one or two decades to farm out the manufacturing of all these essential supplies, whether it be now semiconductors or could be health care supplies that we needed during the time of COVID, whatever the case may be, we need to not depend upon China or other countries for our essential needs, for things like semiconductors,” Abbott said.

“That is exactly why Texas actually is leading the way, becoming the home for semiconductors that go into everything that people use,” the governor declared.

“It’s not just your iPhone or your laptop or whatever the case may be,” he went on to say. “It’s also in all of these vehicles where you have manufacturing going on,” he added.

The global chip shortage has resulted in a number of companies cutting production, including General Motors, which earlier this year announced it was slashing production at six North American assembly plants, as well as Chrysler parent Stellantis NV.

In August, Ford announced that it would temporarily shut its Kansas City assembly plant, which builds its best-selling F-150 pickup truck.

However, other companies appear to be faring better. Abbott and Samsung Electronics announced in November that the South Korean multinational would build a new $17 billion semiconductor manufacturing facility, the largest foreign direct investment in the state on record, in Taylor, Texas.

The new manufacturing facility will “produce advanced logic chips that will power next-generation devices for applications such as mobile, 5G, high-performance computing (HPC), and artificial intelligence (AI),” Abbott said, adding that the move would bring the company’s total Texas investment to more than $35 billion since 1996.

Texas is one of several U.S. states that has mounted multiple federal lawsuits against the Biden administration over its COVID-19 vaccine mandate, which requires almost all federal employees, including civilian federal employees and contractors, to get the shots as a condition of employment.

Abbott said that “there can be no mandates infringing upon individual liberty,” adding, “that in part is why I think there are so many businesses that are moving in the state of Texas.”

The governor noted that from January to November this year, 70 businesses and corporations have relocated their headquarters to Texas.

“Texas has been very aggressive about legally challenging all of these mandates that the Biden administration has put in place concerning COVID, and we’ve been winning them all in the courts, and right now in Texas there are no federal mandates that apply,” Abbott said. “The only mandate that applies is my executive order saying that nobody in the state of Texas can be mandated to take a vaccine shot.”