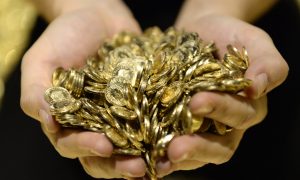 Europe Was First, Now a US State Wants Control Over Its Gold
0 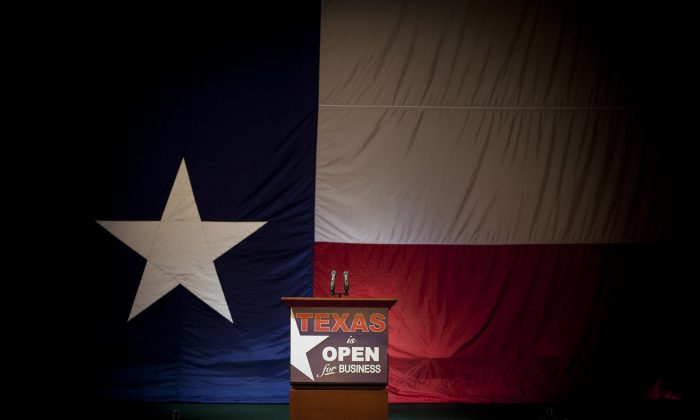 The bill he sponsored in the Texas House of Representatives always had the potential to cause a major stir in the world of finance.

He spoke to the Epoch Times about why he pushed the bill and its far-reaching implications.

Epoch Times: What did you do to make the bill pass?

Giovanni Capriglione: I grabbed the banner last session. I was a freshman and it was difficult. Part of the problem was that it has a lot of verbiage that had nothing to do with law. Things like the case of an economic meltdown.

I would like for Texas to compete with Manhattan or the exchanges in Chicago.

This is a principle part of why the bill was created, but it made it a distraction trying to pass the bill. Because then you get into: Do you think the economy is going to collapse, blaming the president, blaming the banks. What I did in this version of it, I stripped all kinds of stuff out other than the bill itself.

Epoch Times: Why did you go for it?

Mr. Capriglione: I have a vision, I would like for Texas to compete with Manhattan or the exchanges in Chicago. Here in Texas we have oil, we have natural gas, we have our own electric grid. To me having a bunch of metal commodities in the mix is something else that helps Texas to be able to become a marketplace for a lot of different items. Part of the idea of the depository is just another Texas thing. I’m still a little stunned that it happened.

I wrapped all of it together and I love to do economic development. I just want Texas to really be able to grow economically.

Former Texas Gov. Rick Perry previously said, “We are telling the whole entire world that Texas has a billion dollars worth of gold.” Gov. Abbott too, wants to attract businesses to our state.

Epoch Times: What were some of the difficulties?

Mr. Capriglione: My initial goal was to create a state everything, to have that completely run by the state. The issue with that was that it became a budget item. They were not keen on developing a completely new piece of [transaction] software. If the state had done it from scratch it would have just been too large.

I worked to do this without a fiscal note or a budget expense. We were able to do that by privatizing a significant portion of the depository. So we don’t have to build one, someone can go and say: we want to run it. We don’t have to run our own electronic software, someone else smarter than the state within the business can and will—and probably already has—developed the software to run [this operation].

The federal government can sue all they want, and I hope they don’t because I think they will lose.

This time I got put on the investment and financial services committee where this bill went through. It made it a lot easier to get it through the system. I was pretty shocked it passed the house with 137 to 1.

Now our office is getting calls and people are offering their services. I got some very interesting high net worth individuals who are thinking about putting their gold in Texas now. The response has been really, really good.

Epoch Times: What do you say about the anti-seizure clause, do you think the federal government will interfere with the gold and silver stored in the depository?

Mr. Capriglione: I think that what we have done is completely constitutional, we’ve looked at precedents, I have looked at Article 1, Section 10 of the Constitution so I think we are in good standing.

If the federal government were to try and do something like that, the reality is: There is a motto in the office of almost every state legislator in Texas, and it’s a flag that we have [from the Texas Revolution], it’s below a cannon and what the motto says is, “Come and Take it.”

That would be my response. We are on good solid legal footing to be able to not only have this depository, but to be able to do the transactions that are stated in the bill.

It was written with the idea that the federal government is a construct of the states. As long as we are following the Constitution as this law does, we won’t have any issues. The federal government can sue all they want, and I hope they don’t, because I think they will lose.

There are no forwards, future derivatives, lending, contracts on the bullion that’s placed inside the depository.

We created this in the state to provide depositors the protection I just spoke of. That’s a critical part of why this was created. Can a private depository do this? A private depository cannot do what we were able to do because the Constitution is pretty clear in terms of the rights states have.

Epoch Times: What do you think about using gold and silver as money?

Mr. Capriglione: It’s something that’s allowed. Back in 2008 when you go and look at the crisis, it may have been rooted in subprime, but at its core what it is there is a lack of business confidence. People get scared and worried and that kind of cycle feeds on itself. [The idea is to] have something that is stable and that you can touch as opposed to being ephemeral like paper or bank money.

One of the issues in 2008 was that people would start withdrawing their deposits, which to some extent happened. And there just isn’t enough actual backing of that. What we have in this is something that people can rely on. The way we structured the bill is there are no forwards, future derivatives, lending contracts on the bullion that’s placed inside the depository. What you see is what you have. Nothing will be created, nor destroyed.

The more options individuals have the more liquidity there is, the more comfort there is, and the more stability.

That stability helps confidence and it also provides a flight to sound money, this is going to be it.

Epoch Times: Is Texas going to have its own money?

Article 1 Section 10 [of the Constitution] states that this will be prohibited and we would never coin our own money. I think that’s unconstitutional.

I have bitcoins and I use it as an alternative as well. Every individual should have as many options as possible to be able to transact business. The more options individuals have the more liquidity there is, the more comfort there is, and the more stability. We don’t—and I have no intention to create our own currency, we don’t have to.

By creating this depository what we are able to do is people are able to make their transactions through our depository, completely in conformance with the Constitution.

Epoch Times: How would this work?

Mr. Capriglione: It’s done electronically, we won’t actually move a block [of gold in the depository] because we want to have the fractional equivalents to be able to move it over. But it’s essentially being moved over. Individuals, corporations, and government entities will do their transactions through the use of gold.

I’ve looked at [having our own currency] and we would be into a lot more trouble. This accomplishes what the point is. In this world, there is so much stuff that happens electronically and you are not really sure what’s in your account. With this you can take possession of what is in your account at any time, within five days it will be subject to delivery.

Epoch Times: What did the governor think of the bill?

The governor is great to work with, he only has had 12 bill signings, and the gold bill was one of them. He came in and I was waiting for him to do the press signing thing and he said, “We are about to make national news, aren’t we?” and I said: “Yes, we are.” I’m thankful that he did it.

Epoch Times: In fact, it was he who also set forth the motion to repatriate the gold of Texan institutions such as the $1 billion the University of Texas endowment fund owns and currently stores with HSBC in New York.

Mr. Capriglione: Technically we have all these different agencies, but the governor has a lot of sway in the matter. The State wants to move its gold to Texas for the same reason any owner of an asset wants to take possession of its own property.  It is not a lack of trust, it is just simply more secure. Secondly, the cost to keep its gold in New York is more than what it would be to store it in Texas including the transport fees.