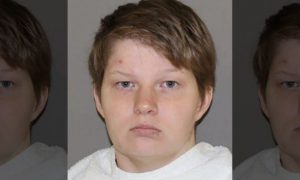 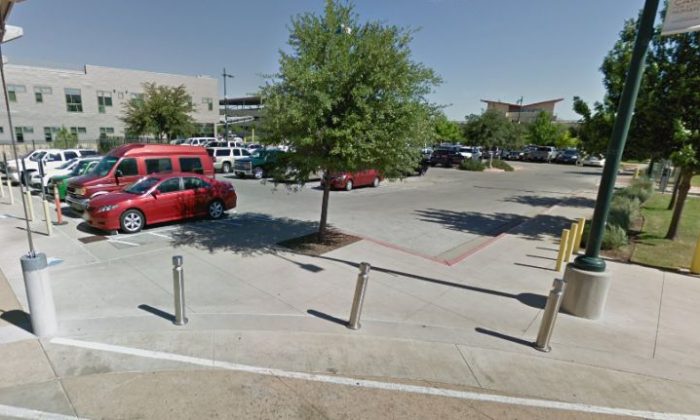 Roxli Doss was diagnosed with a brain tumor, known as diffuse intrinsic pontine glioma, or DIPG, 12NewsNow reported. But it disappeared at this hospital, pictured above (Google Street View)
US News

“It is very rare, but when we see it, it is a devastating disease,” Dr. Virginia Harrod with Dell Children’s Medical Center told the station. “You have decreased ability to swallow, sometimes vision loss, decreased ability to talk, eventually difficulty with breathing.”

A Hays County girl who had a rare brain tumor is now cancer free. Doctors are amazed because medically, it just doesn't make sense.

Harrod said the girl went through weeks of radiation despite there being no cure for the tumor. Gena and Scott Doss, her parents, were praying for a miracle.

“And we got it,” said Gena after the girl’s tumor apparently disappeared.

“When I first saw Roxli’s MRI scan, it was actually unbelievable,” said Harrod in the report. “The tumor is undetectable on the MRI scan, which is really unusual.”

Doctors cannot explain why the tumor went away.

“At Dell Children’s, Texas Children’s, at Dana-Farber, at Johns Hopkins, and MD Anderson, all agreed it was DIPG,” said Scott.

The family credits their faith for the child’s recovery.

“Everyday we still say it,” said Gena in the report. “It’s kind of our family thing that God healed Roxli.”

“We didn’t know how long she would be healthy and, look at her, she’s just doing awesome,” added Scott.

The girl will continue to undergo treatments, such as immunotherapy, as a precautionary measure. The family double-checked her scans to make sure everything was OK, KHOU reported. Other details about her case are not clear.

Roxli Doss was diagnosed with an inoperable brain tumor(DIPG). We are asking that you join us at 9am in praying for a miracle for this little one and her family! #roxstars #mysecondfamily pic.twitter.com/6WdytRatb1

According to St. Jude Children’ s Reseach Hospital, “DIPG is a type of tumor that starts in the brain stem, the part of the brain just above the back of the neck and connected to the spine. The brain stem controls breathing, heart rate and the nerves and muscles that help us see, hear, walk, talk, and eat. These tumors are called gliomas because they grow from glial cells, a type of supportive cell in the brain.”

It adds: “The main issue with DIPG is that most of these tumors are not classified by grade because surgery to obtain tissue by biopsy or to remove the tumor is not safe because of the location of the tumor. When these tumors are biopsied, they are usually grade III or grade IV tumors, which tend to behave very aggressively. Most of the tumors are diagnosed by their appearance on MRI.”

The research center says 10 to 20 percent of children’ s brain tumors are DIPG.

“They are more common in children between the ages of 5 and 10 years, but can occur at any age in childhood. Though more rare, they can also occur in adults,” it says.

Symptoms include problems with walking or balance, vision problems, problems with swallowing or chewing, nausea or vomiting, morning headache, and facial weakness or drooping.

The survival rate for DIPG is “very low,” St Jude says, adding, “At this time there is no cure for this tumor. The brain tumor team at St. Jude along with colleagues at many other pediatric brain tumor programs across the U.S. will continue to strive toward finding a cure for patients with DIPG.”