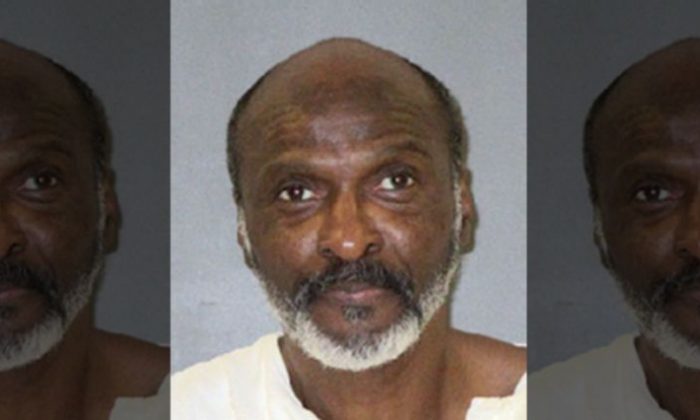 Texas on Tuesday. Jan. 30, executed a Dallas man for killing his ex-girlfriend in 1999 while he was already on parole for the slaying of his ex-wife.

William Rayford, 64, was the second inmate to be put to death in 2018, and he received a lethal injection for the killing of Carol Lynn Thomas Hall, 44, according to The Associated Press. Her body was found 300 feet inside a drainage pipe near her home in South Dallas.

Her 11-year-old son, Benjamin, was stabbed but survived. The child testified against Rayford.

“Carol didn’t deserve what I done,” Rayford said during his final moments before the execution. “Please try to find it in your heart to forgive me. I am sorry. It has bothered me for a long time what I have done.”

He also apologized repeatedly to his victim’s four children through a window, AP reported.

“If this gives you closure and makes you feel better, I have no problem with this taking place,” Rayford added.

AP reported that a lethal dose of pentobarbital was administered, and he later lifted his head and said he was “going home.” He was pronounced dead at 8:48 p.m., 13 minutes after the drug was administered.

Rayford had served 8 years of a 23-year sentence for killing his wife in 1986 when he was released on parole in 1994, prison records showed, Reuters reported.

Texas has executed a man for killing his ex-girlfriend nearly 20 years ago https://t.co/ZXjWBP7Jfc

The State of Texas executed this man during the State of the Union. pic.twitter.com/ef1RqgmefZ

In 1999, he entered Hall’s house and they began arguing, the Tribune reported. Then, Hall’s son came into the room, and he stabbed him before chasing Hall out of the home. She was later found dead.

After his conviction, Rayford had been on death row for 17 years, according to the Texas Tribune.

His appellate attorneys had launched a late appeal with the Supreme Court, saying the lawyers who represented him at the punishment phase introduced prejudicial racial elements and failed to provide adequate counsel. Rayford is black.

BREAKING: #SCOTUS denies a stay of execution for William Earl Rayford, due to be executed in Texas tonight. pic.twitter.com/up6wgwXKzE

“Mr. Rayford … received a death sentence after his trial attorney elicited evidence that a person’s race is a factor in their likelihood of committing assaults while in prison,” they wrote in their appeal, adding that a link between race and prison assaults did not exist.