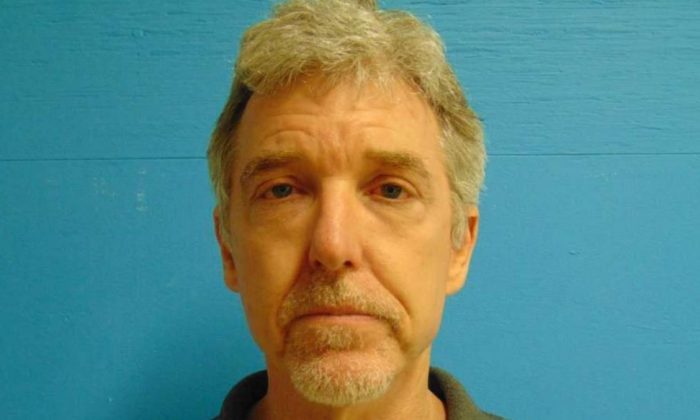 A doctor in Texas is accused of shooting a couple to death in front of their three sons.

Robert Edward Fadal II, 56, was a family doctor in Seguin at the time of the shooting.

Lt. Craig Jones, a spokesman for the Guadalupe County Sheriff’s Office, told the San Antonio Express-News that the Straits were at Fadal’s gated compound helping his mother move furniture.

“It was some kind of benevolent action,” Jones said. “At this time, there are no indications there was a feud, disturbance or anything precipitating or justifying the shooting.”

A judge ordered Fadal held on a $2 million bail on Monday, reported KSAT.

The broadcaster said that the Straits and Fadal’s mother were loading furniture onto the Straits truck when Fadal walked out of the house with a rifle and opened fire.

Anthony Strait was pronounced dead at the scene.

Tiffany Strait was rushed to a hospital, where she was later pronounced dead.

According to a joint Facebook profile, the couple operated a landscaping business together.

Several pictures on the profile show the three young sons, who are being taken care of by family members.

Rudy Soto, a neighbor who heard the shots, told KSAT that Fadal is “one of the nicest persons.”

“It’s just a big tragedy that happened, and I really don’t know what’s going to come out of it,” Soto said.

Jones told the Seguin Gazette that officers have responded to prior calls to the Fadal compound but that nothing was connected to the shooting.

According to Health Grades, Fadal is a family practice doctor who has been practicing for 28 years.

Fadal graduated from the University of Texas Health Science Center at San Antonio.