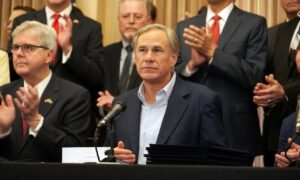 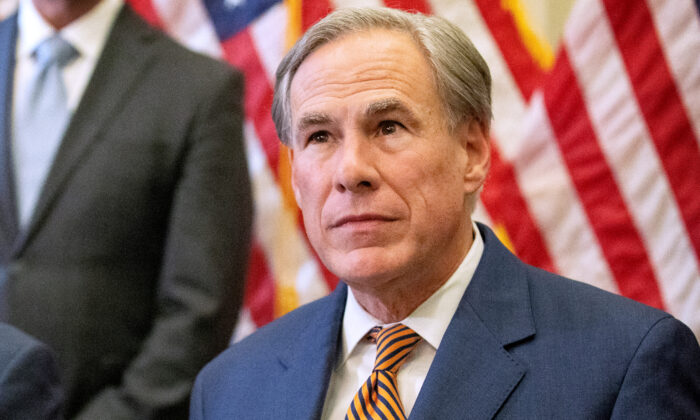 Texas Democrat Responds to Governor’s Threat: ‘I Can’t Get Arrested’ Because No Crime Committed

A Texas Democrat lawmaker on Tuesday said she is not worried about Gov. Greg Abbott’s promise to arrest her and other Democrat lawmakers who left Texas to prevent a special legislative session.

“I don’t worry—probably because I know the law, and the governor knows the law, as well. I’m a criminal defense attorney, and so I understand that I’ve not committed a crime, so I can’t get arrested,” Rep. Jasmine Crockett, a Democrat, said during an interview on CNN.

Crockett further claimed the Texas Speaker of the House can only call to have the lawmakers detained, not arrested.

“I’m not worried about the threat of being arrested. The most that can happen is that we can be detained, which is why we got out of the state. The governor of Texas has no jurisdiction outside of the state of Texas, along with [the Texas Department of Public Safety],” Crockett said.

In a move underscoring the political brinkmanship in the state, Texas Democrats confirmed Monday they flew via a chartered plane to Washington D.C. after walking out on Republicans’ proposed election overhaul bill. Republicans say the bill is needed to secure the state’s elections and restore Texans’ confidence in their elections, while Democrats have said it would unfairly target minority groups and is tantamount to voter suppression.

On May 30, during the previous session, Democrats walked out at the last minute, preventing Republicans—who have a majority in the legislature—from passing the voting bill. As a result, Abbott called for a special legislative session that was supposed to start Tuesday before most House Democrats left the state of Texas.

But on Monday evening, Abbott said that the House Speaker’s office wields the power to arrest lawmakers who broke quorum to “get the job done.”

The governor added that when the lawmakers “come back in the state of Texas, they will be arrested, they will be cabined inside the Texas Capitol until they get their job done.”

When the House convenes Tuesday, if there is no quorum, any House member can make a call for a quorum to consider a bill, resolution, or motion, according to the House rules. The motion then has to be supported by 15 members and ordered via a majority vote, noted the Texas Tribune. If the motion is supported, the missing Democrats will then become essentially fugitives.

The special legislative session is scheduled to last for several weeks. It’s not clear how long the Democrats will stay outside of Texas.

The Epoch Times has contacted Abbott’s and House Speaker Dade Phelan’s offices for comment. The Texas Democratic Party has not yet responded to a request for comment.