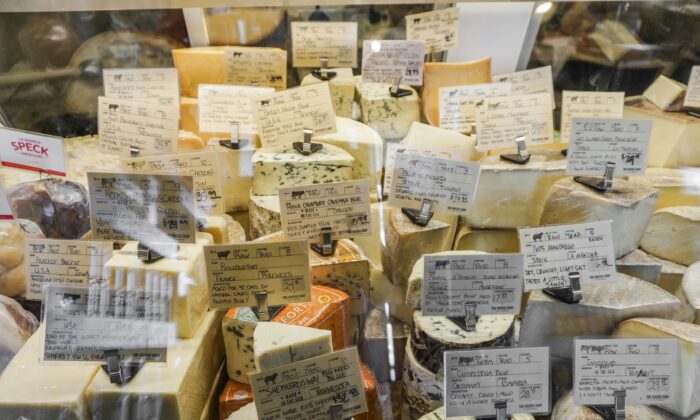 An Albuquerque woman has been fined for attempting to smuggle wheels of cheese through the Paso Del Norte border crossing in El Paso, Texas.

On Sept. 6, the woman arrived at the border crossing in a car from Mexico at around 7:00 a.m. The woman declared that she was bringing in 10 wheels of cheese to the U.S. Customs and Border Protection (CBP) officer at the border. However, after the officer checked the car, additional 50 wheels of cheese were discovered in the back row, with each wheel weighing around a kilo (2.2 lbs).

The CBP seized and destroyed the cheese, while the woman was slapped with a $1,000 civil penalty and released, according to a Sept. 7 press release.

“Travelers can import cheese commensurate with personal consumption levels,” said CBP El Paso Port Director Ray Provencio, according to the release. “A few wheels would generally be fine but not 60. It was undeclared and that amount would be a commercial quantity and additional reporting requirements would apply.”

Dairy items are subject to numerous restrictions in the United States. There are quota administrations for milk, butter, ice cream, cream, and several types of cheese which are administered by the Department of Agriculture and the CBP.

The dairy items are also subject to requirements set by the Food and Drug Administration (FDA). For instance, there is a ban on the import of milk and cream into the country without a permit.

During imports, the origin country must be clearly mentioned on the cartons or wrappers. Dairy products also have to meet Animal and Plant Health Inspection Service (APHIS) requirements.

The United States has seen multiple cheese crimes in the past. In 2012, three men were arrested for buying cheese in the country and smuggling them into Canada, evading duties.

The criminals had brought and distributed over $200,000 worth of cheese and other products, netting an estimated profit of more than $165,000.

One of the most bizarre cheese crimes took place back in 1946 when a police chief received two packages of cheese in a mailbox. The cheese was sent by the thief who had stolen a substantial quantity from a truck. The thief had returned the leftover cheese he didn’t use.

Feared mobster Al Capone is said to have pressured pizzerias into buying cheese from his farms during the prohibition era. A rumor claims that a competitor to his dairy products ended up in flames.