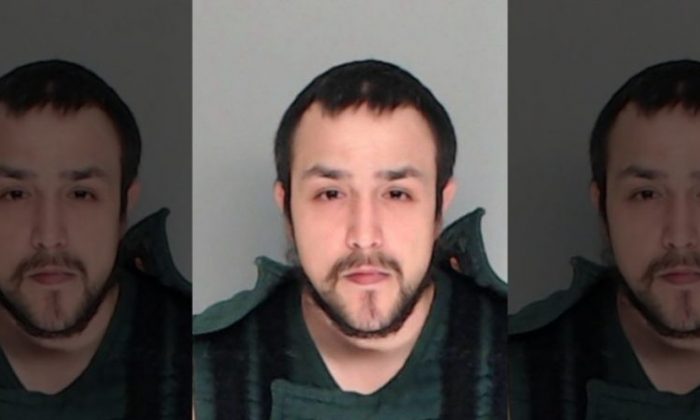 A knife-wielding man went on a stabbing rampage at a church service in a private Texas home Wednesday night, Feb. 7, and killed at least one man, police said.

Up to 20 people were inside the home when Marco Antonio Moreno, 28, pulled out a knife and stabbed four men.

Frank Castillo, 61, was killed after being reportedly stabbed in the neck, according to KRIS-TV.

Corpus Christi police Lt. Chris Hooper told Fox News that the church’s pastor was among those stabbed and was rushed to a hospital in serious condition. The pastor’s children were at the home at the time of the attack.

“I never thought this would happen,” Elena Flores, a parishioner, told KRIS-TV. “I never thought I would be a witness to this or my husband. We arrived late so I was thinking that could have been my husband because it seems like he was going after the guys, the men.”

Police were called to a home on the 1200 block of Cambridge Drive shortly after 7 p.m.  Witnesses told police that Moreno leaped from the crowd in the middle of the services and stabbed the pastor and a band member.

Two men tried to intervene. One was stabbed in the hand and the other in the arm. Both are expected to survive.

The parishioners subdued Moreno and handed over his knife to arriving police officers.

Police did not identify the victims, pending family notification.

Moreno was arrested and taken to Nueces County Jail on $1.45 million bail. He faces charges of murder and aggravated assault with a deadly weapon.

Lt. Jay Clement told Fox News that witnesses identified the suspect as a fellow parishioner. The people attending the services were part of a 40-day pledge.

According to KRIS-TV, the address of the home matched with Kingdom Acts Ministries International.