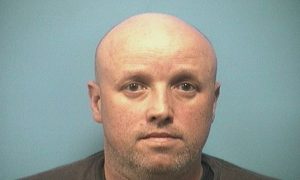 After Victim's Husband Arrested and Charged With Her Murder, Both Sets of Parents Say Police Are Wrong
0
Share Now
FacebookTweetParlerEmail
Copy Link

A man is on the run after he allegedly shot and killed his ex-wife in the parking lot at a Texas church northwest of Houston late Thursday, Jan. 17. The man’s daughter was also shot and is in critical condition.

The Harris County Sheriff’s Office is looking for 62-year-old Arthur Edigin after he allegedly opened fire after 7:00 p.m. at the parking lot of Christ the Redeemer Catholic Church in Cypress.

Police said Edigin’s ex-wife was killed, and his 31-year-old daughter was wounded and is in critical condition.

Here’s the scene outside of Christ the Redeemer Catholic Church in Cypress. The parking lot is full of cars, now surrounded by crime scene tape. #khou11 pic.twitter.com/7LdcE1lffu

At a press conference late Jan. 17, police said Edigin was driving a white 2008 Suburban, which had a damaged right front quarter panel. They said he had fired at least five or six shots. Police believe the shooting was triggered by a domestic dispute but cannot confirm.

According to Express.co.uk, a witness said that around 7:15 p.m. she heard three sounds that may have been gunshots.

“All of a sudden we just see sirens going off everywhere and there was chaos with helicopters flying around,” she said.

According to WTNH, children were participating in after-school activities at Christ the Redeemer Catholic Church when the shooting happened outside.

Shortly after the shooting parents of the children were sent an alert, saying the school was on lockdown, according to local reports.

“Crusader parents and staff, news is spreading rapidly of an event that has occurred in the parking lot of Christ the Redeemer Church. The school is currently on lockdown,” the alert said.

“Faculty, parents and students at the school are safe and police are on the scene. We’ll update with more details as we have them.”

A woman told KTRK that her husband and three children were on lockdown during the shooting. Pam Ledesma said her husband told her they were in a gym closet praying during the incident.

“It’s just crazy to see that stuff like happens, number one at a church, and I know we live in Houston, but at the same time, I mean, I don’t know what kind of person would do that at a church when people are just trying to pray at night,” Ledesma said. “I’m glad some people are safe, but unfortunately, some families aren’t going to be feeling that same way tonight.”

KHOU-TV was on the scene and shared a live stream on Facebook.

Two people shot, one killed, at a the Christ of the Redeemer Catholic Church in Cypress, TX

The Archdiocese of Galveston-Houston released the following statement on the shooting, as sighted by CBS News:

“Our prayers are with the victims and families affected by the tragic shooting this evening at Christ the Redeemer Catholic Church. Officials with the Archdiocese and the parish community are cooperating with local authorities in their investigation.”

Texas saw a mass shooting at a church in 2017, when a man opened fire at the First Baptist Church in Sutherland Springs on Nov. 5, 2017. Devin Patrick Kelley, 26, had killed 26 and wounded 20 others.

This story is subject to further updates.