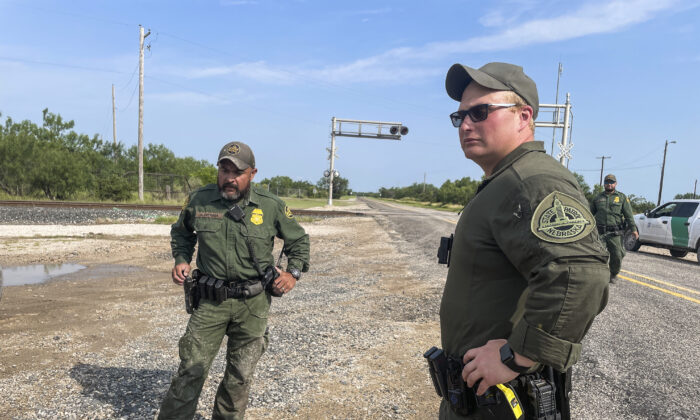 Texas Border Patrol agents last week discovered 16 illegal immigrants in a hotel room who claimed they were waiting to be smuggled further into the United States.

U.S. Customs and Border Protection (CBP) said that Rio Grande Valley Sector Border Patrol (RGV) agents received a tip-off on Sept. 17 that a hotel in Edinburg was being used to harbor illegal immigrants.

Officials found more than 10 people in the room, 10 of whom were from Honduras, five from El Salvador, and one from Mexico.

The illegal aliens told officers that they had been waiting to be transported further into the United States for nearly 30 days.

McAllen agents and Hidalgo Police Department officers apprehended three people that exited the drain, as well as other three immigrants an hour later, including one unaccompanied child. All of the immigrants are citizens of Honduras and Mexico.

Later that same day, several more people were observed using the storm drain to enter the United States, and within two hours officers had apprehended four more people who are also citizens of Mexico and Honduras.

All of the illegal immigrants that were apprehended at the hotel room and using the storm drain are being processed accordingly, CBP said.

Located just north of Mexico City, Hidalgo is about 20 miles south of Edinburg and close to the U.S.–Mexico border.

The discovery of the illegal immigrants comes as over 10,000 illegal immigrants amassed in Del Rio, Texas, about 60 miles northwest of Piedras Negras and Eagle Pass, in recent days. Most of them hail from Haiti and have left Border Patrol agents overwhelmed.

Over 6,500 have been removed from the area by U.S. border authorities. Others have moved across the Rio Grande River to Acuna, where they will decide what to do next.

Over the weekend, Mexican authorities also decided on an agreement that all foreign buses carrying migrants will be turned around if they’re trying to head to Piedras Negras or Acuna, Piedras Negras Mayor Claudio Bres told a news conference on Sunday. Fines of $500 to $1,000 are being imposed on anybody who attempts to help migrants.