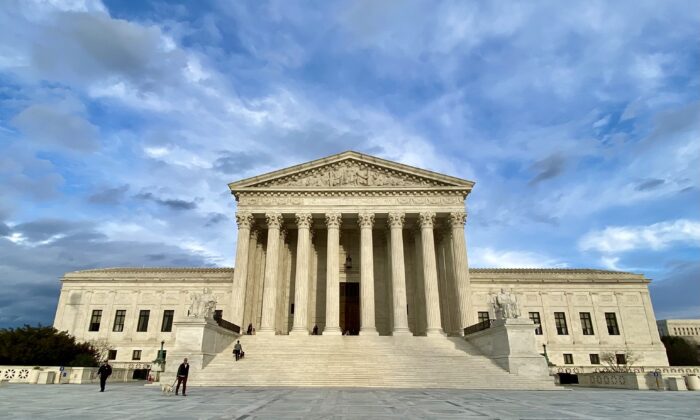 Texas Attorney General Ken Paxton has joined an amicus brief requesting that the U.S. Supreme Court hear a case that could restrict the actions of the unelected Consumer Financial Protection Bureau (CFPB).

Paxton is urging the action because of concerns that the bureau is not adequately governed by the people, as the CFPB is both unelected and funded outside the approval of Congress.

The brief was submitted by West Virginia Attorney General Patrick Morrisey, where the attorney general asked that the court hear the case CFPB v. CFSAA (Case No. 22-448). The question presented in the brief was whether the court of appeals was incorrect in its assertion that the current configuration of how the CFPB is funded violates the Appropriation Clause of the U.S. Constitution.

“The CFPB is a largely autonomous entity that has imposed a number of damaging regulations on American businesses,” Paxton’s office said in a statement about the brief. “While the CFPB’s constitutionality has been challenged on several fronts, the nature of this case revolves around the entity’s funding mechanism. CFPB is not funded through the congressional appropriations process. Instead, it derives its funding from the Federal Reserve and may receive up to 12 percent of the Federal Reserve’s annual operating expenses, which amounts to several billion dollars.

This funding structure allows the CFPB to act as an unaccountable regulator, in violation of the Appropriations Clause of the Constitution.

The Appropriations Clause referenced in the brief is found in Article I, Section 9, Clause 7 of the Constitution and states that “No Money shall be drawn from the Treasury, but in Consequence of Appropriations made by Law.”

This clause establishes a system of legislative control over government spending by requiring that all federal government expenditures must be authorized by Congress through the appropriations process. In other words, the Appropriations Clause gives Congress the power of the purse, and it serves as a check on the executive branch’s ability to spend money without the approval of the legislature. The clause also serves as a check on the power of the judiciary, as it prevents the courts from ordering the expenditure of funds without a specific appropriation.

In layman’s terms, the appropriations clause is a provision in the Constitution that provides Congress with the authority to approve and authorize the spending of government funds. This is an important power that allows Congress to ensure that the government is spending money in an appropriate and responsible manner, and that the executive branch is not overstepping its bounds.

The brief states: “[T]he country needs a fast answer to a question of this importance. On issues like these, worrying costs arise from letting uncertainty fester. And like the Bureau and private actors, the States need clarity, too. States, after all, have traditionally stood as protectors of the consumer financial markets. They need to know what role federal regulators will play—or not—in this critical area. . . . The Court . . . should reinvigorate the protections of the Appropriations Clause, not weaken them.”

In the amicus—or “friend of the court”—brief, the attorney general cites 21 cases with similar precedents brought by a range of plaintiffs including individuals, states, and the U.S. government, in their table of authorities to attempt to convince the court to hear the case. This not only allows the court to see how other judges have ruled on similar issues, but also points out how heavily litigated cases on this and similar subject matter are.

“The U.S. Supreme Court should hear this case not only to resolve the split and give clear guidance to Congress, the courts, and the states, but also to affirm the Fifth Circuit’s decision and defend the American people from unelected Washington bureaucrats,” the attorney general’s office went on to say.

A split between circuit court judges means that the judges have reached different conclusions on a legal issue that has been brought before them. This can occur when a panel of judges is hearing a case and they are unable to reach a unanimous decision, or when different judges issue conflicting opinions on the same case or type of case.

This can lead to confusion and uncertainty in the law due to the doctrine of stare decisis, which requires that judges honor previously decided decisions in the absence of compelling evidence to overturn another ruling. It can also lead to an appeal to the next level of court, as Texas and West Virginia attorneys general have requested.