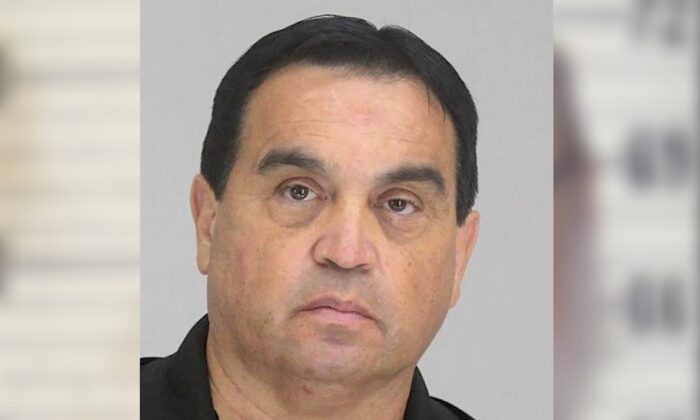 A Texas anesthesiologist faces criminal charges for allegedly injecting a lethal concoction of drugs into patients’ IV bags, resulting in one death and several cardiac emergencies.

According to the Department of Justice (DOJ), Ortiz is charged with tampering with a consumer product and with intentionally adulterating drugs at Baylor Scott & White Surgicare North Dallas.

The Texas Medical Board suspended his license (pdf) on Sept. 9, deeming him a “threat to public welfare” after the board said it had received information from federal law enforcement investigating Ortiz.

On June 21, Ortiz’s 55-year-old co-worker died after treating herself for dehydration using an IV bag taken from the surgical center, according to a DOJ press release.

On Aug. 24, an 18-year-old patient had a cardiac emergency during surgery, resulting in the patient being sent to ICU, the DOJ said.

“Chemical analysis of the fluid from the saline bag used during his surgery revealed the presence of epinephrine (a stimulant that could have caused the symptoms), bupicavaine, and lidocaine,” the DOJ reported.

Personnel at the surgical center also identified 10 other cardiac emergencies that occurred during surgeries performed between May and August 2022, the DOJ reported.

In each of those cases, the patient was stabilized, the DOJ said.

According to the DOJ, the complaint alleges that none of the cardiac emergencies occurred during Ortiz’s surgeries and that they started two days after he was notified of a disciplinary investigation into an incident during which he allegedly “deviated from the standard of care” during an anesthesia procedure that led to a patient’s medical emergency.

None of these incidents happened when Ortiz was on vacation, the complaint alleges.

Ortiz had a history of disciplinary actions against him, according to the complaint, and he would tell other physicians regarding those actions that the surgical center was trying to “crucify” him.

“According to court documents, a nurse who worked on one of Dr. Ortiz’s surgeries told law enforcement that Dr. Ortiz refused to use an IV bag she retrieved from the warmer, physically waving the bag off,” the DOJ reported. “The complaint alleges that surveillance video from the center’s operating room hallway showed Dr. Ortiz placing IV bags into the stainless-steel bag warmer shortly before other doctors’ patients experienced cardiac emergencies.”

More surveillance footage shows Ortiz walking from an operating room to the bag warmer and placing an IV bag inside, then scanning the hallway and walking away, the DOJ said.

“Just over an hour later, according to the complaint, a 56-year-old woman suffered a cardiac emergency during a scheduled cosmetic surgery after a bag from the warmer was used during her procedure,” the DOJ said.

“A single incident of seemingly intentional patient harm would be disconcerting; multiple incidents are truly disturbing,” Meacham said. “At this point, however, we believe that the problem is limited to one individual, who is currently behind bars. We will work tirelessly to hold him accountable. In the meantime, it is safe to undergo anesthesia in Dallas.”

In a response to The Epoch Times for comment, Baylor Scott & White Surgicare North Dallas said, “There is nothing more important than the safety and well-being of those we serve. We actively assisted local and federal authorities in their investigation and will continue to do so; we also remain focused on communicating with patients.”